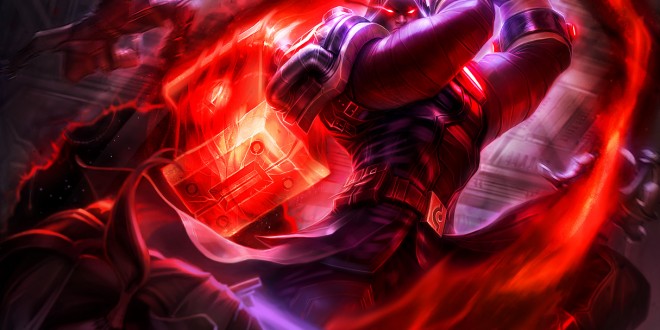 League of Legends 5.8 patch is out, brings Ashe and Ryze rework

Riot Games has just released another major patch for its popular MOBA, League of Legends. The 5.8 version of the game is now live, and brings a plethora of important changes. Perhaps most notable are the overhauls for two veteran LoL champions, Ryze and Ashe. Both these champions have been around since the beginnings of LoL, and have over time been pushed aside from the meta as new champions were emerging. Ashe was an AD carry particularly suffering because of better or more versatile carries popping up, leaving her and her outdated kit behind. Riot has done a great job of revitalizing these two champions and adjusting their skillsets for the current requirements of Summoner’s Rift, and we’re hoping to see more of both in future team compositions.

Additionally, the patch brings important changes to the Howling Abyss and Twisted Treeline maps, among which are tweaks to items available. There are no major nerfs or buffs to champions this time around, however, there are plenty of minor tweaks to be mindful of. Jinx and Sion have gotten slight nerfs, while champions like Blitzcrank got a little bit of love. The list of changes is extensive, so best read the full 5.8 patch notes on the League of Legends official website for a comprehensive idea of what’s new.

Last, but not least, the patch also announces 4 new upcoming skins, mainly Forsaken Jayce, Blood Moon Zilean, Risen Fiddlesticks and Master Arcanist Ziggs. Overall, it’s an interesting patch, that should open up new possibilities for top-laners and AD carries. Ryze is already available in his new form, while the reworked Ashe is now available on PBE servers and will be making her way to public servers soon.

Old-school gamer with a cheeky tongue that gets me in trouble. When I'm not playing games, I'm writing about them, preferably in the vicinity of a fridge! Oh, and if you're a Justin Bieber fan, I'm afraid we can't be friends!
Previous The Witcher 3 is the last we’ll see of Geralt, but we might see more Witcher games
Next Samsung Galaxy S6 – Top 5 issues you need to know about