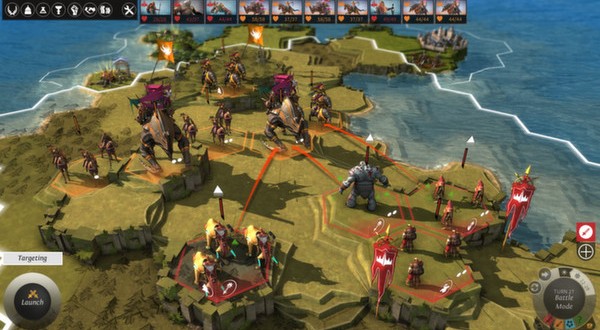 Every now and then I like to take a bit of time with a 4X game. It’s a nice change of pace from your typical shooter, and there’s something relaxing about the style of gameplay. My biggest gripe with games like Civilization 5 though was always the lack of diversity between teams – you may disagree with me. But, for those of you familiar with Endless Legend, it may come as no surprise that I was intrigued by its approach to the genre. Endless Legend plays out like a typical 4X game, but it shines because of its diversity. Each race is crafted to be uniquely different from the others, each with different units and styles of play. One race may be a group of lizards and dragons with a heavy focus on diplomatic gameplay, when another insect like race is incapable of diplomatic relations and must destroy every other player on the map. On top of this, each team has their own optional and unique quest line that you can choose to follow to receive bonuses for your team. This works well to create a dramatically different feel each play through.

And now, the game just got better. Endless Legend’s newest DLC Guardians adds a new dynamic to the game: Giants. Super units that function as one person armies to give players an edge over their opponents. With powerhouses like these on the field players have a little more to think about when eyeing that neighboring territory; planning becomes a little more tense, and a little more important. However, the inclusion of giants alone isn’t altogether game changing, the new DLC adds legendary deeds and global events. Legendary deeds provide bonuses to the player who first completes them, and so players now have to decide if it’s worth their time to go after these goals. Global events affect everyone, upon their occurrence all players must decide if they wish to compete in order to prevent others, or gain for themselves, the benefits these occurrences provide. The new legendary deeds and global events go hand in hand with the inclusion of competitive and cooperative quests that pitch players against each other for boons, or penalties should they fail.

If you prefer a more peaceful style of play, Guardians introduces new legendary buildings that can only be built by one player per era. These buildings provide huge benefits to the player that successfully completes them and offers something for the more peaceful factions. These buildings are significant enough that they can be seen from the map, much like wonders in Civilization games, to be shown off to your opponents. Ten more unique buildings have also been added into the game, giving players more ways to shape their cities to interact with their surroundings. If you’re a fan of Endless Legend, or 4X games in general, Guardians is available now on steam.

Hi I'm Daniel and I'm an aspiring writer, avid gamer, and wanna-be cook; I'm not quite certain in which order. I like all things RPG and if that means swords n' spells, all the better. But, provided it has a good story I'll probably want to try it regardless of what it is. I'm a Windows junkie, and I spend my time gaming on Xbox, PC, and my 2DS.
@@danielcooper179
Previous Windows 10 Coming to Xbox One
Next Half Life 3 Confirmed? 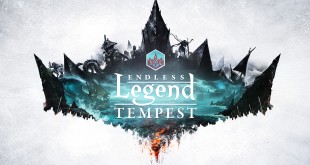 Endless Legend, a game developed by Amplitude Studios, is no stranger to expansions. There have ...