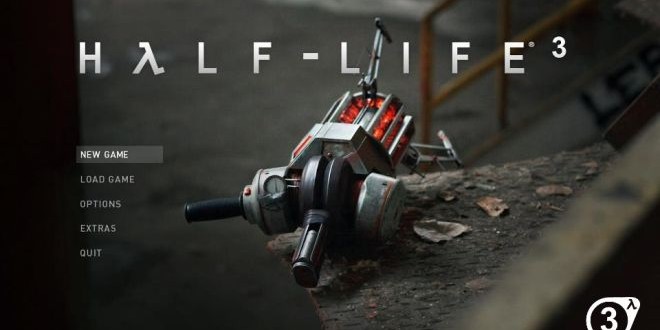 Could it be? Has Valve finally dropped the ball and announced Half Life 3? A mysterious count-down has appeared on the Black Mesa website, with the infamous G-man lingering in the background. He doesn’t say anything, he simply serves to stare into your soul as you watch the seconds tick by. Despite the fact that it’s a website, the repeating buzz in the background is unsettling.

It’s been almost eleven years since Half Life 2 was released. Even though it spawned a variety of mods and DLC, gamers wondered if there would be a third entry. Year after year they waited. Mod after mod, they waited. The waiting even spawned its own meme series where people speculated that the tiniest thing indicated a confirmation of Half Life 3 (and the Illuminati).

If this countdown reveals Half Life 3, what should gamers expect?  There’s no hint of new weapons or enemies, but be assured, it’ll probably be an overcharged gravity gun and the Combine. The G-man will probably make an appearance, just like he does in all of the Half Life games. And if Half Life 3 is revealed, will it be hailed as the game of the century? The amount of hype gamers have held for a third Half Life game is unprecedented. If Half Life 3 is not released, then the new Star Wars Battlefront may claim this title.

At the same time, the countdown could also be the release Black Mesa, the Source remake of Half Life. This was promised some time ago.

The timer is set to end on May 5. What could that possibly mean? According to a few educated guesses, May 5 plays a significant part in the Half Life saga. It’s when Gordon Freeman accepted his job at the Black Mesa Research Facility.

We can all agree that this countdown will either answer our questions or create an entirely new mystery.

When he's not venturing Hyrule, he's probably out on the tennis courts. His Y-axis is always inverted.
@slimjimmy_
Previous Endless Legend – Guardians
Next Who’s Going to the Video Game Hall of Fame?