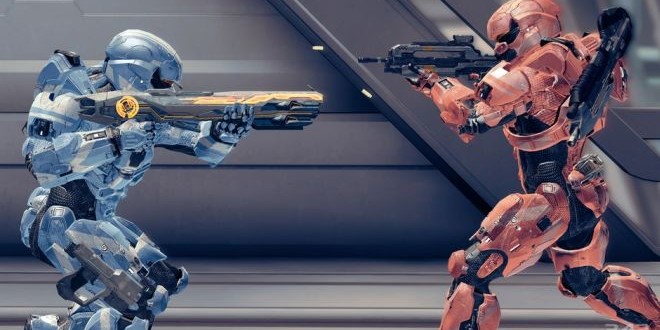 When the Halo Master Chief Collection was released, Microsoft promised to bring back all the good ol’times we had in Halo 2, Halo 3, even Halo. Even though it was the greatest exclusive to own, there were underlying issues that followed it’s release. These issues involved the multi-player where gamers found it difficult to party up with each other.

When the game was first released there were problems with players not being able to connect to the servers and teams were unfairly balanced. Despite the numerous patches, these problems continued to persist. Microsoft tried time and time again to resolve these problems, but to no success. Now, the tournament was extended to everyone over Xbox Live rather than specific teams. It was meant to be held on April 25 and would have featured a $3,000 prize pool. The rules were fairly simple. Teams were to consist of four players and no modded controllers. More information on this can be found at the ESL Gaming site.

In the midst of the chaos, the Halo Twitter page posted, “We’re aware of and investigating party joinability issues. As a result, we’ll be canceling HCS Cup #1, and apologize for the inconvenience.” The comments responding to it were a mixture of mock surprise and disappointment. “Oh wow,” says one user, “multiplayer is broken again. What a shock.”

“You’ve been investigating those since launch,” says another, “When are you actually going to fix it?

Forbes sums the situation up perfectly by saying, “Xbox One had one of the surefire hits of 2014 on their hands with Halo: MCC, but they didn’t just drop the ball, they threw it down a well so dark and deep that it’s still falling to this day.” It doesn’t make sense that Microsoft that would leave one of their biggest titles in the dust, let alone have all of these issues.

It’s disappointing that a community event like this would be cancelled. The game has been out for awhile, why weren’t these issues investigated further? With Halo 5 looming off in the distance, players are better off waiting for that to be released (unless the multi-player for that fails miserably). It’s no surprise that these short comings cost Microsoft one of their best community events. We can only hope that this doesn’t happen with Halo 5.