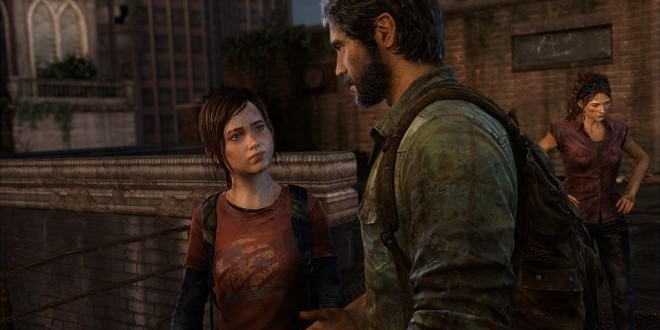 The Last of Us offering standalone DLC

‘The Last of Us’ may be the most talked about and well regarded video game last generation. Developer Naughty Dog wants to ensure that every PlayStation owner can experience their most recent project.

Originally released as DLC for the PlayStation 3 and later bundled together with the current generation’s remastered edition, ‘The Last of Us: Left Behind’ follows protagonist Ellie before the events in the original game. The first portion follows Ellie and Riley during the events of the ‘American Dreams’ prequel comic. The second portion of the DLC follows Ellie in between the Fall and Winter portions of the original story. What happens in between is a young girl’s coming-of-age story, facing insurmountable odds, and a whole lot of zombies.

On May 12, ‘The Last of Us: Left Behind’ will release as a standalone DLC. Interestingly enough, Naughty Dog is allowing timed access to the wonderfully crafted ‘Factions Multiplayer’ mode. Upgrading to the full multiplayer suite on PlayStation 3/PlayStation 4 will set you back $9.99, access to the original game and the ‘Treacherous Territories’ DLC will cost $19.99/$29.99 (assuming you own the Factions Multiplayer), and $29.99/$39.99 for a combination of the two.

For people who are curious about ‘The Last of Us’ can now try the game out in chunks. Considering a large portion of ‘The Last of Us: Left Behind’ might spoil a part of the original narrative, I’d advise playing the original story first. Though it’s quite alright to start with ‘Left Behind,’ because the frame narrative will take some of the aspects of the story out of context. Given what I’ve said, ‘The Last of Us’ is an easy recommendation for anyone who hasn’t played the game. Now Naughty Dog is giving those players a chance to play a portion of their game, even allowing players options to access the full game.

When he's not venturing Hyrule, he's probably out on the tennis courts. His Y-axis is always inverted.
@slimjimmy_
Previous Attack on Titan: Humanity in Chains – New Details and Trailer
Next Yooka-Laylee Announced By Former Rare Devs