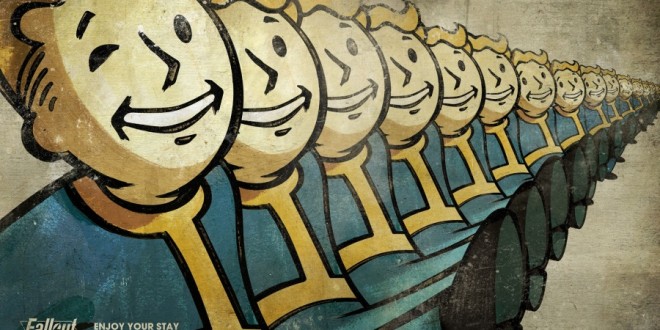 With another E3 closing in on us, fans of the Fallout series are once again looking towards the event with hopes of seeing more Pip-Boys and less…well, anything else really. It’s been 7 years since Fallout 3 graced us with its presence, and New Vegas, great as it was on its own, did little to satisfy our hunger for exploring barren wastelands and blowing off the limbs of Super Mutants. Will all the previous fake rumors concerning Fallout 4 though (yes, including that Boston one), it’s hard to take anything seriously anymore. In fact, if Bethesda would outright announce the sequel to Fallout 3, we’d still have a hard time believing it.

Speaking of which, what is Bethesda planning on announcing? The company is well known for keeping secrets well hidden, and we rarely know anything about their projects before they want us to. It may well be possible that Fallout 4 has been in the works for quite some time and we’ve known nothing about it. Still, the company will be present at E3 2015, obviously, and its schedule has been keeping people’s curiosity levels high, to say the least. We know this much: the company will reveal an Action game for the Xbox 360/Xbox One/PS3/PS4/PC and mobile platforms (Android and iOS), a Free-to-play title for the same platforms (more on that in a bit), and an RPG for the main gaming platforms, minus mobile.

For the action title, it’s possible we’ll be seeing a Dishonored sequel. Regarding the company’s free-to-play title, well, Elder Scrolls Online fits into the category, and with more and more game developers working on tie-in apps for mobile devices, it’s possible we’ll be seeing an expansion pack for the MMORPG. So that leaves the RPG, which could possibly mean Fallout 4. Or it could just as well mean a single-player Elder Scrolls game, something many Morrowind, Oblivion and Skyrim fans have been asking for, and, let’s face it, ESO doesn’t really fit the bill. Of course, it’s just as plausible Bethesda could reveal an entirely new IP. As disappointing it would be not to get a Fallout 4 game, perhaps it’s best to retire some franchises while they’re still great (you hear that, Activision?).

What are your hopes from Bethesda this year? Would the idea of a Fallout 3 sequel please you? Sound off in the comment section below and let us know!

Old-school gamer with a cheeky tongue that gets me in trouble. When I'm not playing games, I'm writing about them, preferably in the vicinity of a fridge! Oh, and if you're a Justin Bieber fan, I'm afraid we can't be friends!
Previous Releases for the Week of May 3-9
Next “One of the Worst Games of All Time” Asks for a Second Chance – Orion:Prelude