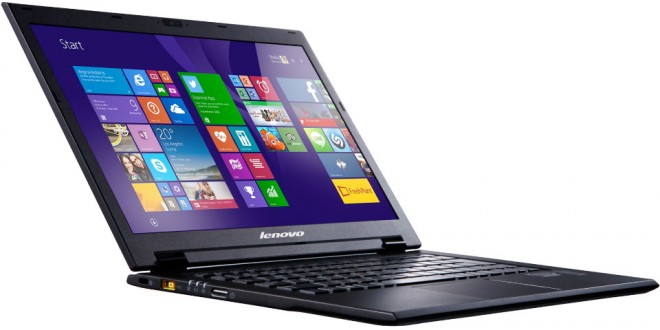 It arrives in two forms.  Both are 13- inch systems, with Quad HD screens, fifth-generation Core i7 processors, 8GB of RAM and both have a 256GB solid-state drive. What could it possibly be? It’s Lenovo’s answer to the ultra-lightweight MacBook. And, dare we say it, may be the MacBook killer.

What’s cool about the Lenovo’s laptop is that it’s chassis is made with a Magnesium-Lithium (Mg-Li) alloy. For those who aren’t science buffs, Mg-Li weighs half as much as aluminum. In other words, this laptop is ridiculously lightweight. Battery life is one of its shortcomings. The LaVie Z can run for seven hours on web browsing and nine hours for videos. To put it into comparison,the newer MacBook can run for nine hours on web browsing and 10 hours for videos. There’s also a difference in resolution. The new MacBook has a 2304×1440 resolution with 226 pixels per inch. The LaVie Z has a 2560×1440 resolution, but a lower PPI count at 220.

Could consumers use this for gaming? With the specs it has, yes, but reviews haven’t shown it in action. For prices, consumers will be looking at t $1,499 for the regular LaVie Z, and $1,699  for the LaVie Z 360. It’s a little steeper than the MacBook, and that might affect it’s competition.

Ian Paul, from PC World, mentioned in his review, “The best Windows laptop I ever owned was a MacBook running Windows via Boot Camp. If the 12-inch MacBook’s style appeals to you then it’s still a solid choice—as long as you like Windows 8.1. If, however, you’re looking for something that comes built for Windows but is still ridiculously light and thin, then the LaVie Z is worth a look.”

Lightweight laptops are great for people who are on the go. It’s great seeing that Lenovo is finding a way to make something that becomes a nuisance to carry, lighter and easier to carry. At the same time, if the LaVie Z is successful, it will definitely change how companies design laptops.