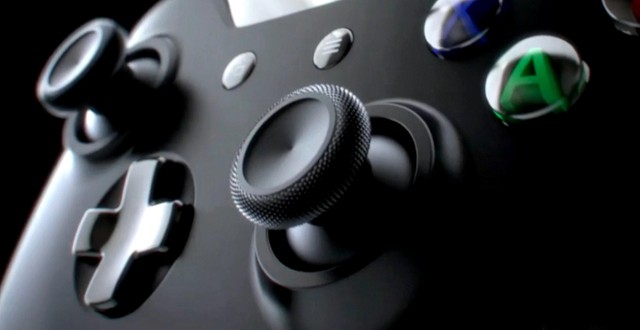 Should Sony’s PS4 fear the Xbox One?

It feels as if Xbox One has been playing catch-up with the PS4 ever since Microsoft shot themselves in the foot in 2013 with their announcement of DRM security and anti-piracy policies for the console. They declared that they would prevent lending or trading-in games and would disable offline play-before backpedalling due to a humungous gamer uproar.  The consumer response was inevitable, I mean, let’s just say Microsoft built their house out of hay, and must have been rather naïve to think it would still be standing beneath the scrutiny of gamers. Consumers look back at this as a victory, and it is decidedly easy to demonize Microsoft for daring to deliberate these horrifically intrusive and restrictive policies in the first place but I’m scrupulously more inclined to commend them for actually heeding the concerns of the consumer. And indeed, in the long-run, they have proven themselves to be good listeners.

Since I picked up my Xbox One, little over half a year ago, Microsoft have spoilt me with console updates almost every month to touch up the interface, implement new features, expand the console’s uses and effectively improve the overall experience. Many of the features they have implemented were proposals from the average-joe gamer, on a feedback page hosted by Microsoft themselves, designed with the intention to improve their console. They have also taken up the ambitious task to bring Windows 10 and Direct X 12 to the Xbox One and they offer transparency, with progress videos via ‘Your Ideas in Action’ to show the consumer what they are working on and how these new features are shaping up.

And yet, I was taken aback to discover that to this very day, some misinformed individuals actually still believe that the ridiculous DRM policies have been implemented, and remain unaware of the reality!

In spite of their great efforts and their admirable respect for their consumer-base, no matter how many times they slash the price or provide attractive bundles, Microsoft still can’t quite pull themselves out of this ditch they have found themselves in. Sony’s PS4 is doubling the Xbox One’s sales and Sony claim to not know themselves why this is. But I think they really do.

The Big Bad Sony spared no time to blow Microsoft’s house in, humiliating them with an insidious skit about how you can share your games on PS4, vindictively referencing the Microsoft policies.

Microsoft have not since waned in their efforts to keep Xbox alive and kicking though- they even re-hired the greatly loved Phil Spencer to be the head of the Xbox division. However, even since Microsoft’s U-Turn, I have witnessed a consistent negative slant towards Xbox One in the media. If it is not cheap digs about the aforementioned DRM policies, it is fanboy-baiting regarding “Resolution Gate”- I am of course referring to the fact that many Xbox One games are running at sub-HD resolutions, while the PS4 versions are more often full HD, but there’s more to this issue than meets the eye. Xbox One features DDR3 RAM, which is understood to be weaker than PS4’s GDDR5. If you want to get technical, then yes, the PS4 has an advantage in the graphics department, however those that are less tech-savvy, should be warned not to under-estimate DDR3 since the “3” and “5” are not correlated with each other as GDDR and DDR are two wholly different pieces of technology. While the GDDR offers raw gaming power, the DDR can cope with the strain of multi-tasking and multiple processes running on top of gaming.

So while we are certainly seeing a slight edge in the graphics department on the PS4, the Xbox One has proven itself as a unique competitor with its “snap” feature allowing seamless access to youtube, tv, skype and browsing among other social media and apps,  all while playing video games without suffering a hit in games performance. And even then, the resolution gap is narrowing! Now that developers are familiarizing themselves with the Xbox One hardware, parity of multi-platform titles is becoming ever more prominent. Assassin’s Creed ran at 900p on both systems, and actually had a better frame-rate on the Xbox One. Call of Duty Advanced Warfare, unlike its predecessor COD Ghosts, which was 720p on Xbox one, is 1080p on both systems, only it is adaptive on Xbox One, meaning it sometimes decreases to prevent a performance hit, however this meant that once again the One boasts a superior frame-rate. It’s the same case with Grand Theft Auto V, Alien Isolation and Dying Light which are all 1080p with 30fps across both systems. And it must be mentioned that the Xbox One shall receive a performance boost from upcoming software updates, including the implementation of Direct X 12, which, according to Brad Wardell from Stardock Studios, will be a a substantial benefit for developers to achieve equal resolution and performance on the One’s hardware.

Steve belongs to a species of gamer whose natural habitat is England. He is a rare animal that is most commonly found hibernating in front of a tv with a controller in his hand. Occasionally he is spotted at the pub with the rest of his pack (he's definitely the alpha male). He makes growling noises while playing guitar, to show dominance. He's a dangerous mammal that will rip a game to shreds if it rubs him the wrong way, but he's a lovable creature at heart that likes hugs and pizza.
@acraftyape
Previous Wolfenstein: The Old Blood Review
Next Steam Greenlight Spotlight: Blues and Bullets