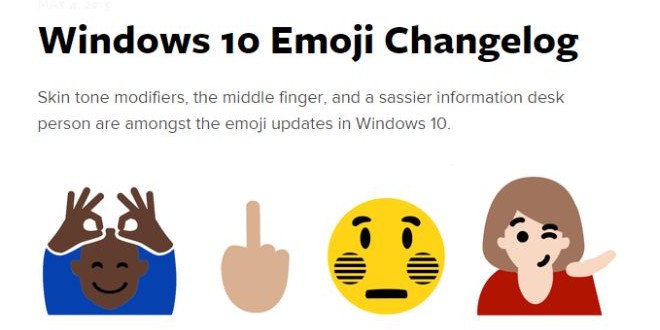 I had to do a bit of a double take when I spotted this emoji on the Emojipdia Blog. But with the new release of Windows 10, Microsoft will be making their next big update to their emojis since Windows 8.1. Apparently this will only be their third substantial update, as emojis made a late appearance on Windows systems. With the new changes, it seems Microsoft will be nearing parity with both iOS and Android systems. Which is probably a good thing for anyone familiar with the blank square emotes on a Windows phone that you get when on the receiving end of an emoji that Windows just can’t handle. And for anyone familiar with Window’s phones, these have been all the more common since the recent skin tone updates that rolled out on other systems.

So, it seems like Windows will be following suit with the introduction of skin toned emojis. To veer away from their use of white skinned people as default, Windows 10 will be introducing gray as the new standard. Only then providing users with additional skin choices should they feel the need to actually use them. I understand why they switched to a race-neutral colour, but it would have been easier to just stick with the standard yellow. The update also provides a host of changes to their traditional emojis providing various enhancements and, more intriguingly, a few notable extras.

For the first time on Windows, users can send each other a Vulcan salute – think Spock. Old news for iOS users; but, fun nonetheless. And rather controversially, Windows 10 will be the first system to allow users to use an emoji middle finger. It has been available for use since 2014, but none of the other systems appear to have wanted to actually use it. I think it’s fair enough to assume it was a little too offensive. Either way, it seems Microsoft 10 is set to introduce it to users at release. If that wasn’t enough, they have added a variety of skin tones to the emoji to help just incase you wanted to be a little more specific. I have to say I am quite surprised by Microsoft’s decision. I am curious if there will be any sort of filter on this specific emoji, I can’t imagine parents of children being too fond of the new addition. And upon its discovery I can imagine scenarios when it’s use would get out of hand rather quickly. Either way, these updates are currently set to be released with Windows 10 sometime this summer. What are your thoughts on the new additions?

Hi I'm Daniel and I'm an aspiring writer, avid gamer, and wanna-be cook; I'm not quite certain in which order. I like all things RPG and if that means swords n' spells, all the better. But, provided it has a good story I'll probably want to try it regardless of what it is. I'm a Windows junkie, and I spend my time gaming on Xbox, PC, and my 2DS.
@@danielcooper179
Previous Star Wars Battlefront: What We Know So Far
Next Nintendo reports First Annual Profit since 2011 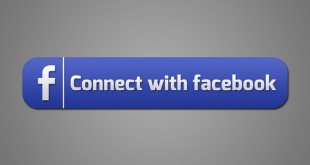 Facebook and Windows seem to have fallen out with each other. Strange considering Microsoft’s recently ...