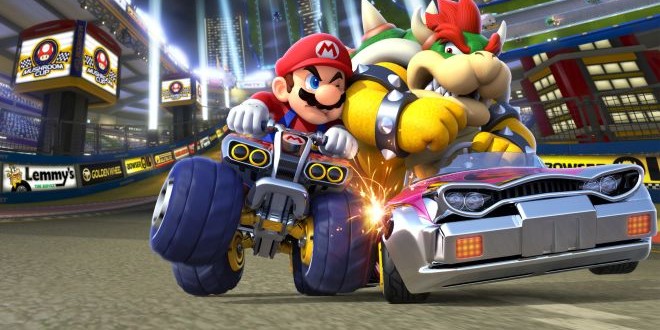 For the first time since 2011, Nintendo’s profits are on the rise. On Thursday the Kyoto-based video game giant reported annual operating profits of ¥24.7 billion and a net profit of ¥41.8 billion ($350 million) for the fiscal year ending March, from ¥549.8 billion in revenue. The figures are a substantial improvement over Nintendo’s own prediction of a ¥30 billion profit, and  a clearly successful reversal of the ¥32.2 billion losses the company posted last fiscal year. Nintendo went on to forecast operating profit of ¥50 billion and net profit of ¥35 billion for the year starting April 1.

Nintendo’s positive year can be attributed to a number of factors, namely it’s successful line of Amiibo figurines and some much-needed big releases for the company’s struggling Wii U console. With 340’000 units shipped in recent months, sales figures for the Wii U system are up almost 10 percent compared to the same quarter last year, bringing lifetime sales closer to the elusive 10 million mark. Thanks to the much-anticipated releases of games like Mario Kart 8 and Super Smash Bros. Nintendo sold 3.38 million Wii U consoles over the year, a performance the company expects to repeat next year with projected sales of 3.4 million units.

Nintendo’s popular 3DS handheld systems continue to perform well, but were unable to match sales figures for the previous year despite a recent hardware revision. Nintendo claimed that the New 3DS and  3DS XL were “both off to a good start”, although annual sales are down to 8.73 million units compared to 12.2 million the previous year.

It was reported earlier in the year that the upcoming Legend of Zelda title for Wii U has slipped into 2016, yet despite the disappointing announcement Nintendo still has many exclusives it can rely upon to generate profit in 2015. Wii U and 3DS owners can look forward to titles such as Splatoon, StarFox, Xenoblade Chronicles 3D and a new Fire Emblem game. In it’s earnings release Nintendo also referred to the potential of mobile gaming and their controversial partnership with DeNA, stating “a new source of revenue is expected from a gaming application for smart devices which will be released this year.”

Born in the same year as Luigi and sporting similarly distinctive facial hair, I'm privileged to have experienced the expansion of my favourite industry ever since. I'm a self-certified advocate of all things nostalgic, but my absolute highest regards are reserved for blue hedgehogs, blue skies and broken sound barriers.
@@Faltered_Beast
Previous Microsoft 10 Emoji Changes – Including the Middle Finger
Next Lego Dimensions Level Packs Leaked?