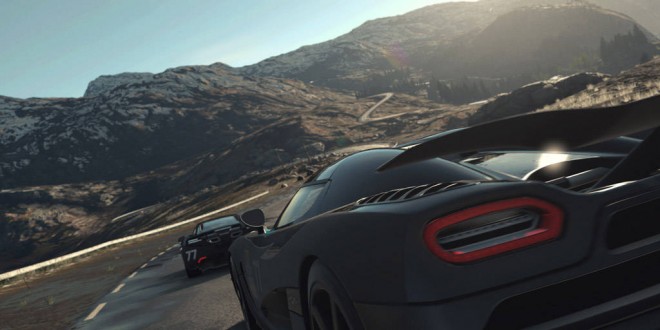 That time of year is nearly upon us, the desolate summer months where triple A gaming stops for its vacation and gamers are left with a dark void to fill as they shy away from the sunshine. As the gaming release schedule becomes less packed I have cast an eye back to the games I missed over the last year. Either dissuaded from playing them from mixed or negative reviews, or from them being buggy messes when they first released, for me to have my interest piqued when I see it on sale for a fraction of the launch cost. I’m sure every gamer has that moment when they have ran out of new games to play so consider older, cheaper games. However many people may be put off by negative reviews that were released when the game launched and will feel uneasy even paying a significantly reduced price for a game. I hope to look back at games released that were bashed in the press with a fresh pair of eyes, and deciding if they are worth your time at a reduced price.

The first of my Bargain Bucket games is PS4 exclusive, Driveclub. A game that was originally slated as a launch title for the Sony system, only to encounter multiple delays, to then be followed by mixed reviews and a plethora of bugs and issues when it eventually came out. Approximately 8 months after its original release I picked up a copy at a local used game store for £12.00 (approximately $18.00). I am no racing game aficionado, I’m more of a Burnout player than Forza, but I do like the occasional track race. With this in mind I went into Driveclub with the mindset of a racing layman.

The game, at its release, received a mixed reception. Plagued with technical issues it was perceived as a half finished mess, with most of the unique online features like the leader boards and user challenges not working properly. That paired with the lack of vehicle customisation lead to a lot of people feeling the game was not up to par, especially in a comparison to the Xbox One exclusive Forza Horizon 2. Customisation is limited to a drab selection of paint jobs, none of which can be amended. There are no vehicle performance based modifications, so you race the car as the developer intended. As the first major racing game on the PS4, outside of an early Need for Speed game, Driveclub seem to fall way short of Microsoft’s Forza series. As a casual racing game fan, the lack of customisation didn’t bother me. Very rarely do I go to the extent of changing engines, brakes and the like when I am playing a racing game. Instead I am more eager to get onto the tarmac and race, and in this regard Driveclub suited my needs perfectly. I didn’t feel overwhelmed by all the different engine, and technical information, rather I focused on the main aspect of a racing game, the racing.

The actual racing mechanics fall into a grey area between arcade racer and driving simulation. Evolution games clearly wanted to make the game as accessible to a mass market as possible, and so the driving, braking and steering are all very forgiving. You can brake late into corners, and very rarely do you find yourself losing control of the vehicle. The cars grip and hold the track easily and you never feel like you will have trouble taming the horses under the hood as you might in a game more akin to Forza. The game will punish you for cutting corners or ramming into opponents with enforced slow downs or point reductions. I like to play racing games with my finger held down on the accelerator as much as possible, and this aggressive style of racing did see me punished in some races, but eventually I struck the balance between the arcade and simulation that the developers appear to have been striving for, and races became much more enjoyable. Drifting, is a difficult skill to master (I am still not particularly great at it), and requires you to learn a new style of drifting than you may have been previously used to. The drifting is one aspect of the game I am not a fan of, and I often completely overlook drift races and challenges. Vehicle AI is also a mixed bag. While you will be punished for ramming, the AI cars seem to suffer no penalty as they stay as close to the racing line as possible. This can make races on thin, narrow tracks tricky, as it can become difficult to overtake as the AI rarely deviates and you will be punished for cutting a corner or driving into your opponents. The change in the approach to the core mechanics obviously polarises racing fans, but with me falling into the casual racing game fan camp, I found this approach to be rewarding for the most part, as it moved me away from my preferred aracdey style of racing to a slightly more controlled way of racing.

The online features are where Driveclub attempted to stand out from the pack. They have a huge variety of online leader boards and user created challenges scattered around the tracks. You can create a club, in which to drive (I wonder where they came up with the games title?) and allow up to 8 people to join, which allows you to create club specific challenges. If you are a competitive racer, you should find these online aspects extend the game play significantly as you try to shave seconds off a lap time as you attempt to beat your friends. For me the online features did little to draw me in. I enjoy to relax while playing racing games, and beyond wanting to finish first against the AI, I have very little motivation to try and beat human scores. I understand the competitive nature of a lot of gamers, so I would imagine that a lot of casual and experienced racing game fans will get a lot out of these features. Eight months removed from the games release and the technical issues that plagued the online elements at launch appear to have been resolved, and I had no issues seeing challenges or joining online races.

Graphically, the game is gorgeous, and certainly shows the potential of the PS4. Weather changes as you race, along with a dynamic day/night cycle. Cars are well designed and look almost photo realistic. The cock pit view shows an awful lot of detail and you can see the painstaking effort Evolution games went to when creating the game. The sound of the cars is also very good, with Evolution claiming to have recorded hours worth of real engine sounds to make the cars sound better. The game defaults with no music playing, but this can be switched on in the options, however I found I used the Spotify app on PS4 rather than listen to the in game music. The graphics are one area the game received universal praise and launch and nothing has changed that, and thanks to the patches for the dynamic weather they have actually gotten better since launch.

Evoloution games had promised a free Playstation Plus edition of Driveclub, way back when the game was announced. With the technical issues at launch the plan was shelved, and currently seems to have been forgotten about as the last update was in February when a Sony spokesperson told Eurogamer, ” we do not have an update regarding the timing for the launch.” While it has not been officially scrapped, the Playstation Plus edition seems like a pipe dream at the moment. I had originally been holding out for the free version to test it before committing to a purchase, but with the rate at which the price dropped I felt comfortable making the purchase, and I’m glad I did. The game isn’t perfect, but scratches an itch for racing. If you are a casual racing fan you could do a lot worse than Driveclub, for the reduced price you get a lot of content, with much more available through DLC. If you were to buy the game and a season pass it would likely still cost less than the game did at launch. It may not match up to Forza or the newly released Project Cars for racing game fanatics but I feel they could find their money’s worth in Driveclub.