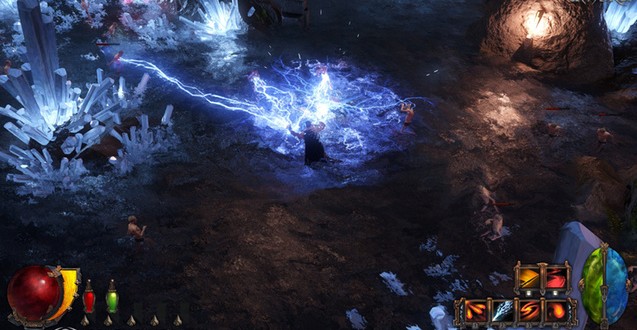 Umbra is an isometric action-RPG set in a corrupted and devastated world. As a former officer of the Human Republic, you have been exiled and forced to flee persecution as a result of the magical powers that you have newly and unexpectedly developed. Aided by a mysterious group of Templars who shield you from the humans and monsters that have long been tracking you, a task is given that requires you to wander and defeat dangerous enemies. Along the journey, you will slowly discover the horrific truth behind the deterioration of the human race.

Umbra is being pitched as featuring a highly unique gameplay mechanic that they are calling Apocalyptic Form. This allows you to shape-shift into a powerful and fully customizable character. As a result of a deep customization system, you can expect to be able to tailor your character to your liking, meaning that there are abilities for every playstyle available in the game. Also implemented are a crafting mini-game and a “housing module”, which the game boasts will make your adventure feel “meaningful and complete”. 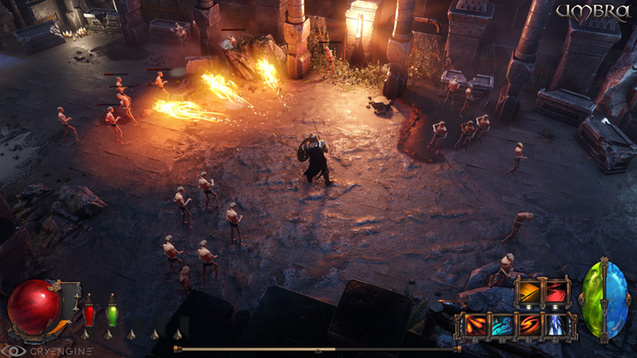 Now, to the point on everyone’s mind I’m sure. As a result of the game being developed in Cryengine , we can expect some extremely high quality visuals. Beautiful environments combine with high-quality shaders and effects to create a stunning and immersive gameplay experience. Without a doubt, Umbra is a gorgeous game. The lighting, character design, environments, and spell effects all look fantastic, and this will only help to add to the already interesting gameplay experience. If you possess a hatred for pretty things, there are many parts of each environments that are destructible, so feel free to go to town dismantling that which is so beautiful.

Umbra is a deep and rich action-RPG that features some extremely brilliant visuals. The game innovates more than enough to allow it to stand out among the genre, and I feel that this will make it a must-play game upon release. If you’re interested, have a look at the Kickstarter and leave a contribution, or head over to Greenlight and leave a vote and some constructive feedback.

I enjoy playing pretty much any type of game out there. My passion lies in finding the gems of the indie gaming world. When I'm not playing games, I'm programming them, at the gym, or tending to my small army of cats. Writing has always been a part of my life and I'm grateful for the opportunity to get my content out there for people to see.
@spf0227
Previous Steam Greenlight Spotlight: Tiki Galore
Next Landvo S6 : the budget-friendly Galaxy S6 you’d be glad to have