Breaking News
Home » Tech » Chromebooks: Are they ready yet? 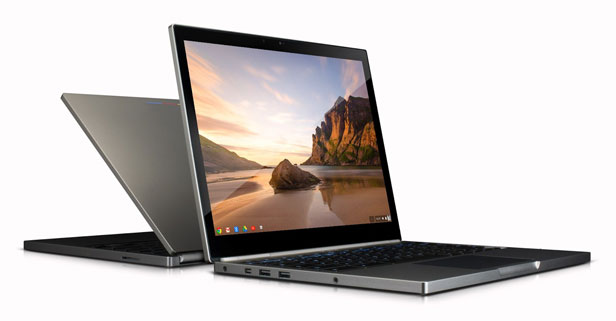 In 2011, Google unveiled their vision of the future – the Chromebook. To those unacquainted with Chromebooks, it would be best to start by mentioning Google’s internet browser, the hugely popular Chrome. In many ways, that’s all you need to know about Chromebooks. It embodies Google’s web based vision of the future by promising lightweight, inexpensive, easy-to-use, and a virus free experience. However, these came with some caveats which many consumers found hard to swallow.

At launch, Chromebooks had their fair share of critics, one being Microsoft. The software giant dismissed the new contender as being short on features, an issue few would argue against. Chromebooks were systems which became synonymous with sacrifice, shutting people away from Microsoft’s office suite of applications, Skype, Spotify, iTunes, and any other legacy applications. Worst of all, the systems would require access to the internet in order to function as intended. This left users having to rely constantly on internet hotspots, or mobile tethering, to get any use out of their laptops.

Google’s partners also prioritised the use of cheap mobile processors which could prove to be too sluggish for the average user. Without the support of Intel or AMD, using a Chromebook was painful for all but the most patient users. Although it’s hard to expect breakneck performance at the clearly entry-level pricing of the devices, they were nevertheless underpowered. Although the price of admission for these new devices was monetarily small, the concept of cloud storage was uncharted territory, which some consumers were unwilling to venture.

Too many caveats came with buying a Chromebook at launch, though it’s something which Google has worked to rectify. Much has changed since the initial batch of Chrome powered machines; the web has gained greater flexibility, and Google has done its best to shirk off the device’s association with loss. So is now the time for Chromebooks to take over as your daily companion? Despite Google advertising their first generation of Chromebooks as the computer ‘For Everybody,’ it became abundantly clear that Google’s definition of everybody was narrower than expected.

Mini laptops, such as the Samsung series 5, equipped with modest mobile processors, didn’t exactly scream power and flexibility. Even the most pedestrian of tasks, such as light web-browsing, were painfully slow on these early machines; the displays also made no attempt to redeem the package. In the high resolution display era, brought to us by the iPhone and iPad, the atrocious panels on Chromebooks were hard to accept. Although featuring long lasting batteries, they felt flimsy, a recurring theme for the devices.

Google attempted to remedy this with an in-house solution: The Google Pixel; a beautifully crafted machine, with an equally striking price-tag. It also proved to be massively impractical due to its poor battery life and hefty size. These weaknesses were hard to accept, especially when priced against the Macbook Pro. It failed to change the image of Chromebooks, and remains a blemish on Google’s otherwise impressive track record to this day.

It’s been four years since the launch of the first Chromebooks, enough time for hardware to change for the better. New additions to the Chromebook family, such as the Toshiba Chromebook 2, feature enough juice to keep you going through the day, whilst also treating its owner to a 1080p IPS display; a feature you’d expect to pay twice as much for on most Windows powered devices. Haswell, as well as Nvidia’s K1 chips, power most of the latest machines, providing enough muscle to take on all but the most demanding of tasks. Anyone shopping for a Chromebook won’t necessarily have to be disappointed spec-wise, but what about Software?

As mentioned earlier, purchasing a Chromebook meant losing out on a luxuries we often take for granted. Google provided their own solutions, such as their cloud-based office suite of apps as a replacement for Microsoft’s offerings, but these were, at times, slow and buggy affairs. More recent editions are more stable and reliable, and with more cloud storage being readily available, making the switch from Microsoft, or Apple, to Google’s lighter-weight solution is now far more palatable.

Other software providers have also acted to mitigate some of the software shortcoming of the platform. Spotify released their web player in 2013, allowing fans of the music service to stream to their heart’s content. As part of Microsoft’s integrated future, web versions of their popular office apps offer a nice alternative for those not interested in Google’s ecosystem. Skype is now even available through chrome, another win for Chromebook owners.

Apple hasn’t followed in Microsoft’s footsteps. iTunes remains a strictly desktop client-based experience; those who are invested in Apple’s music service will find it difficult to depart from their music library. However, following Apple’s acquisition of Beats audio in 2014, many have speculated that a new streaming service will be provided by Apple. Whether this means a web player is also in the works remains to be seen. What is certain is that many have conformed to the web, and although not perfect, shifting to team Google is less about sacrifice than it once was.

Internet hotspots are far more prevalent than they once were, making sure that the web-based machine be as useless as Blackberry stock. Tethering the devices to your mobile phone tends to not incur any cost with most mobile phone tariffs; and, as if that wasn’t enough, many of the essential apps for Chrome are now available offline, foregoing the need for a constant internet connection altogether!

Chromebooks have benefited from an evolution in hardware and a more web-based digital landscape, and, despite missing a few key applications, are starting to look like the machines of the future which Google set out to deliver. They’re still not the laptop for everyone, but time has been kind to the Chromebook, leaving us with fewer excuses not to join in.

Personally, Chromebooks still have a long journey ahead before they can pry my Windows based machines away from me. I’m too much of a gamer to take the plunge, and even though cloud office solutions have improved dramatically, they still lack many of the features of the full-blown apps. But as a companion to a desktop, they offer exactly what I need on the go. How about you, would you make the switch to camp Google? Let us know in the comments below.

Inbetween gaming sessions of Starcraft and Bloodborne, Nathan enjoys doting over the latest revelations in tech.
@@NathanPiccio
Previous Is Hype Really So Bad?
Next Xiaomi set to launch new stores in Europe and America