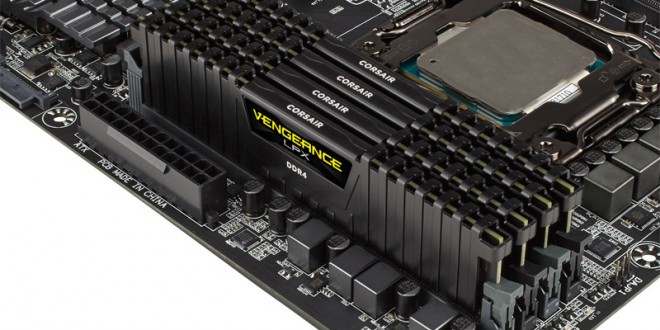 I remember the day when I decided to build my own computer.  Everyone I knew was doing it and I felt I needed to prove my merit as a nerdy geeked out teenager.  Deciding which memory I would go with was one of the hardest decisions of my venture.  Should I include 8GB or 16GB in my PC?  The question was a tough one since the price ranges were vastly different at the time.  After much deliberation and a week of waiting for the shipment, I was finally proud of my newly acquired 16GB Kingston Hyperx DDR3 memory.  Fastforward to today and you have Kingston announcing, earlier this week, that the tech company plans on rolling out the world’s fastest memory kit at 128GB of memory.  Oh how times have changed.  However with software and hardware becoming more and more demanding on our poor computer systems, is the upgrade necessary?

The 128GB DDR4 memory kits are a part of the Kingston’s Hyperx lineup and is a DDR4 type.  This kit is said to run at 3000MHZ and includes 8 modules of 16GB modules.  The times on these modules are as follows, 16-16-16-36.  Hyperx plans on releasing a high end system that would feature these ram kits during the Computex Taipei.  These systems are said to run on the Intel core i7 5820k processor.  Unfortunately Kingston has not announced a price or a release date for these kits but we are hoping that the announcement will come hand in hand at the Computex Taipei.  With any luck the price won’t break the bank.

Now just days before the Kingston announcement of their new kits, Corsair released their own 128GB DD4 memory kits directly to the market.  The competition is real my friends.  Corsair has 3 128GB kits – one in the Vengeance LPX and two Dominator Platinum sets.  These kits are available to purchase now and are designed for the intel X99 series motherboards.  You might be telling yourself, “Well Corsair certainly has the jump on Kingston in this area.”  Calm down there buddy that’s not necessarily true.  Corsair’s currently 128GB memory kits only run at 2400MHZ and 2666MHZ speed, and the higher speed kits will be announced and released soon.  Most realistically around the same time as the release of the Kingston kits.  All of these memory kits obviously come with a lifetime warranty, considering they cost as much as many people’s entire computers.

Here are the specifications and prices of the currently available Corsair memory kits.

Do you think the benefits of the super fast ram kits justify destroying your wallet?  Leave a comment below and let us know!

An aspiring video game journalist, currently going to school for communications and journalism and hopes to leave a mark in the industry.
@JohnRobertsWTG
Previous Greenpeace crowns Apple the most eco-friendly tech company
Next Samsung Announces Tizen is Here to Stay 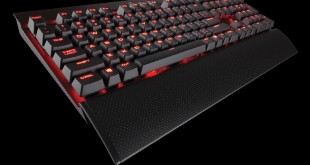 The new Corsair Vengeance K70 RGB is what gamers need

Hardcore PC gamers have been acquainted with the Corsair gaming hardware for many years now. ...