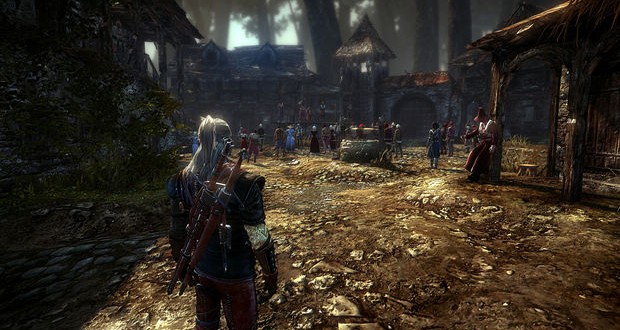 PC vs. Console: Converting to the Master Race

You may be familiar with the console wars in which the fans of three factions; Sony, Microsoft and Nintendo, battle it out on discussion boards and comment sections, determined to prove why their console is better than the other. Until very recently there has been a faction mostly overlooked, which is actually showing its face more commonly in these discussions, and this is the so-called “PC Master Race”.  PC gaming has spawned a lot of die-hard fanboys who love to brag about their platform’s superiority over, not just one or two consoles, but all of them! They insist that PC gaming is the only sensible option for gaming, and they utilize a lot of sarcasm and mockery to make their point. Not all of them take it seriously, but many do, and they are determined to convert console gamers to their way of life.

Just under two years ago I built my first gaming rig. I am almost ashamed to say how quickly I jumped onto this PC Master Race bandwagon because I went full throttle, adopting the community’s terminology and using their memes. As soon as my mate helped me piece the thing together, I was able to play Far Cry 3, Battlefield 3, Max Payne 3, Tomb Raider and Bioshock Infinite at max settings, at a 1080p resolution with a mostly silky smooth 60frames per second, so is it any wonder why I was head over heels for PC gaming!

It was exactly what I had dreamed of, and everything PC gamers had assured me of. Sure, I laid down nearly £700 for all the parts, but achieving great performance, top-notch visual quality, and even fitting a blu-ray player, seemed to make it all worth it and it transcended me from the of corporate slave “console peasant” that PC gamers once called me. It began as an epic, satisfying experience, but sadly, it simply was not to be.

One of the biggest shocks for me came in the form of Assassin’s Creed IV: Black Flag. While the richly designed Caribbean looked gorgeous, my PC simply could not keep up with the action, as every movement was met with a disconcerting shudder. The frame-rate was appalling and I refused to believe that my PC had already met its match! I was no stranger to compromising visual quality as I had previously gamed extensively on a laptop, but even from removing v-sync and anti-aliasing, thus submitting to screen-tearing and jaggies, Black Flag was still distractingly choppy and so, begrudgingly I gave up on it. I failed to understand why this was occurring, as I met and exceeded not only the minimum, but even the recommended system requirements- and yet it was insufferable!

It was the same story with other games; Wolfenstein was able to reach 50fps but with regular uncomfortable drops, Dead Rising 3 was simply unplayable in every way and Crysis 3 also had horrendous frame-drops even though its predecessor performed rather handsomely. None the wiser, I just chalked it up to the optimization of these particular games as it’s easier to accuse developers of being lazy, than accept that your PC could be getting long in the tooth just short of a year after building it. However the denial can only maintain itself for so long, when every new release suffers similarly. The only exception at this point was actually another Ubisoft game, Splinter Cell: Blacklist, whose performance was unexpectedly solid. But then I bought Fable Anniversary shortly after, which had frequent freezes, and while fruitlessly searching for a fix, I was just reminded of why PC can be too much hassle at times.

Although PC games can be bought for incredible prices- sometimes even £25 cheaper than the console versions, this was no consolation for the fact that they were performing terribly for me, so I gave my PC a kiss goodbye and bought myself an Xbox One.

Month after month, I gamed exclusively on the One and had a blast- with exclusives like Sunset Overdrive and Forza Horizon 2, and I even played through the new graphics king: Ryse Son of Rome, then asked myself, who really needs a PC? These games were beautiful in their own right and while they weren’t 60fps, they at least didn’t suffer the crippling frame-drops I had become so accustomed to on PC.

When you buy a console game you more or less have a guarantee that it will run as it should, as it is optimized for very specific hardware that is in everyone’s console. Even in the worst case scenario, if a game releases buggy or broken, everyone else is facing these issues too so there’s more pressure on the developers to fix their game. The only notable exceptions this generation are Thief and Assassin’s Creed Unity, which are still subject to terrible frame-drops, but other-wise you have a cast-iron guarantee that at the very least, it will run the same on everyone else’s console.  There is safety in numbers.

With PC, everyone has different variations and combinations of hardware-and you cannot always be certain whether the issues you face are your hardware’s fault, your own fault or the developers fault. It’s worrying enough that you could buy a game on PC, find it unplayable and be entirely unable to return it and ultimately, are required to upgrade your graphics card or processor in order to play said game. It makes me wonder why PC gamers, who wish to convert “peasants” into one of the elite “master race”, are so reckless in their efforts that they would encourage them to buy a PC of equivalent price to a console. Granted, it sounds nice on paper to be able to get a superior experience than console for a similar amount of money… but the reality is not quite as sweet, and this is coming from someone with a far more powerful PC than what is commonly recommended by these people. If you buy a PC in the £300-£400 range, you are setting yourself up to be disappointed. You may be able to run last-generation games at 1080p, 60fps for the most part. But with new games you may or may not be able to even run the game at a playable frame-rate even with the lowest graphics settings. And sooner or later you will be in the position where you decide whether to spend countless more money upgrading it, or just giving up and going back to console. I suspect many will do the latter. Fool them once, shame on you, fool them twice…well you know how it goes.

Nonetheless, there were other reasons why the move back to console made sense; I was relieved that I could play multiplayer games with a controller on the reliable Xbox Live service, without getting utterly annihilated by a gamer with an expensive, precise mouse or even getting unfairly dominated by hackers for that matter! Everyone uses controllers, and thus we are all on equal footing. No handicaps and no hackers!

So all in all, I was very satisfied with my return to console. There are certainly frustrations; the menus can sometimes be sluggish and unresponsive, and the screenshot uploading feature is impractical and useless half the time. But on the counter balance, having the screen recording feature always present in the background is extremely handy, and it is far more convenient having a dedicated, unified Microsoft/Live service rather than half a dozen separate digital rights management services like on PC (U-Play, Steam, Origin, Games For Windows Live, Rockstar Social Club, etc) and no need for extra chat features like Teamspeak or Skype, as the Live service works perfectly almost always.

However, recently I was starting to get withdrawal symptoms, as my beloved strategy games are few and far between on console, and so I decided to sign into Steam to play Heroes of Might and Magic III… only to find to my surprise that one of my online friends had gifted me a copy of the newly released GTA V! I figured this brand-spanking-new, gorgeous game would not perform up to snuff on my PC, but I had exhausted my Xbox library so why not give it a try? I downloaded it, and I launched it with my fingers crossed…

Steve belongs to a species of gamer whose natural habitat is England. He is a rare animal that is most commonly found hibernating in front of a tv with a controller in his hand. Occasionally he is spotted at the pub with the rest of his pack (he's definitely the alpha male). He makes growling noises while playing guitar, to show dominance. He's a dangerous mammal that will rip a game to shreds if it rubs him the wrong way, but he's a lovable creature at heart that likes hugs and pizza.
@acraftyape
Previous Apple Beefs Up GPS Program With Coherent Navigation Purchase
Next ASUS ZenFone 2 Hitting North American Smartphone Market