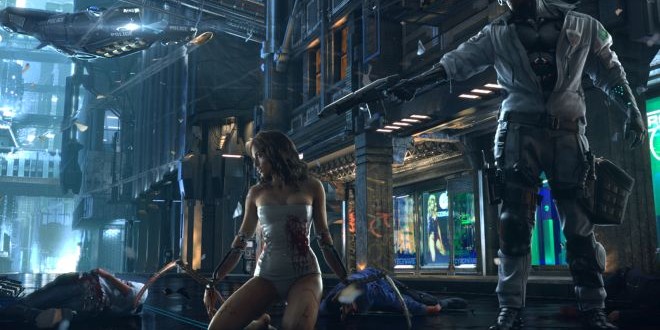 Remember that incredible trailer for Cyberpunk 2077? A visually stunning dive into CD Projekt Red’s new cyberpunk world had us all giddy, hyped beyond belief for it to be “Ready.” While we were salivating over the Witcher 3, another CD Projekt Red game, in the back of many fans’ minds was Cyberpunk – we must be seeing more about the game after The Witcher, right? Apparently, that’s not the case.

Speaking to Reuters, CD Projekt Red’s chief executive Adam Kicinski spoke about the extreme commercial success of The Witcher, and how the title has propelled them to the mainstream. He remarks that “Cyberpunk has even bigger commercial potential,” but it was too early for him to talk about it. While he’s confident that Cyberpunk will have that same success, “This year, and the next one will be the years of the Witcher,”

We may have to wait another couple of years in order to see Cyberpunk come to its full glory, but we can be sure that it’s going to be a triumphant reveal when the game comes out of hiding. The assumption so far has been that CD Projekt Red has had two teams working on The Witcher and Cyberpunk, but it seems as if they’re putting their full effort behind one project at a time.

CD Projekt Red, more than any company, is known for putting high quality and customer service above all other concerns. If we have to wait another 2 years for Cyberpunk, we can rest assured that it will be as good as we want it to be, if not better. The Witcher 3 smashing the studio into the light of the mainstream means that all eyes are on them, and they’re looking forward to full commercial success with Cyberpunk, and all of The Witcher’s profits will be offering a shiny new budget to work with when CD Projekt Red decides to start working on Cyberpunk full force.

All this said, Kicinski’s statement is vague. This year and the next one being years of The Witcher may not necessarily mean that we’ll be experiencing the same information drought that we’ve had since 2013, but could simply mean the game won’t see release until 2017. Whatever the studio decides to do, more information on Cyberpunk – even just scraps – should have the community running wild.