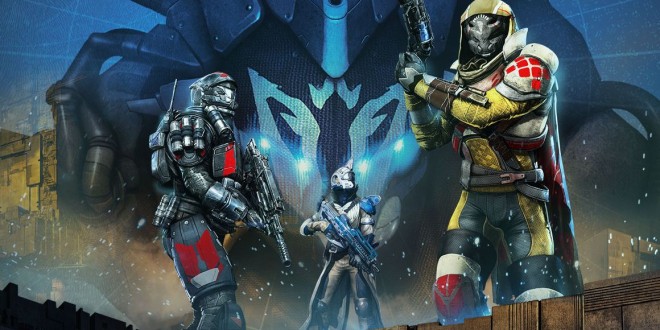 It’s been some time since the release of Destiny’s new expansion, and now that the dust has settled and Bungie has played out its hand, it’s time for the community to receive it. A lot of hype has been built around this expansion, and for good reason: for many people, hardcore Destiny fans like myself included, House of Wolves was Bungie’s last chance to prove that they cared about this product and intended to make something special. Destiny had tons of potential, and nobody can deny it fell short; is House of Wolves really enough to make that up?

Thankfully, House of Wolves hits the mark in every way. Beyond having a good story (You can read my Destiny House of Wolves story review on that), the expansion adds quality of life changes, new uses for previously worthless items, new social spaces, an overhaul of the loot system, and brand new game modes.

The quality of life changes and The Reef, the new social space not dissimilar to the Tower, are available for everybody who plays Destiny – not just the people who bought the DLC. These changes are massive for those who have been playing Destiny for any true period of time, and redefine a lot of what made the game what it was. Most exciting among these changes is the ability to “ascend” gear, leveling it up to be able to compete with the new House of Wolves gear. Before this, when an expansion rolled around, your gear from vanilla Destiny was rendered totally useless. Now every item can be competitive in PvE and PvP, and there’s a much vaster meta evolving in the game. Along with this ability to ascend gear, you can trade ascendant materials at a 1:1 ratio and you can reforge your weapons at the gunsmith, replacing its perks and making it new again. These changes remove tons of unwanted grind from the game and makes it much more reasonable.

On top of solid quality of life changes, House of Wolves added two new modes: The Prison of Elders and the Trials of Osiris. The Prison of Elders is a horde mode game type that you can compete in with fireteams of 3, with multiple rounds, minibosses, and random modifiers that make the experience different every time that you run through it. At the end of these challenging runs, depending on the level at which you ran through, you  get two chests of minor loot (motes of light, glimmer, sometimes treasure keys) and if you have a treasure key, a legendary or even exotic piece of gear. Also, just for running the event, each weekly reset you get an armor core and a weapon core, which can be traded in to Variks the Loyal for a weapon or a piece of armor. This game mode might not scratch the itch that the lack of a raid has brought upon us, but overall, a brand new game mode is hugely important to the game as a whole and adds replayability. Destiny, before now, was severely lacking in game modes that you could just play for fun without needing the promise of loot, and I’ve found myself spending loads of time in the Prison of Elders just to have a good time.

The Trials of Osiris is the hyper-competitive game mode introduced in this expansion, and it is absolutely fantastic. Possibly the highlight of Destiny as a whole for Crucible fans like myself, the Trials are a way to get end game gear without even touching PvE. Utilizing Destiny’s new elimination game mode (which is available for low-stakes casual play in the Crucible, as well) the Trials pit two three-man teams against each other to duke it out in intense, highly strategic gameplay. To enter the Trials, you need a Trials Passage, which works not unlike a Hearthstone arena key. You can play for up to 9 wins, but if you lose 3 times, it’s over. Hand in your completed pass to Brother Vance, Osiris’ representative in the Reef, and you’ll get a reward based on how well you did. These can range from passage coins (a currency used to get small tokens in the Trials that give you a free win on your pass, or forgives a loss) to armor, and all the way up to access to a new social space called the Lighthouse. This game mode is absolutely incredible, and if you fancy yourself handy in the crucible, this mode is where you need to put your glimmer where your mouth is. Teamwork is vital, and the stakes are high. it’s exactly the kind of experience Destiny truly needed.

All around, House of Wolves makes Destiny the game it was always meant to be. Strong in story, offering both intense and casual PvP, providing complex PvE experiences, and cultivating a fantastic community. I’m not happy it took so long, but as a hardcore fan of Destiny this expansion makes me happier than I thought it could have. This is just a small expansion, too; a massive drop is coming for Destiny this Fall, and if Bungie stays on the ball like this there’s no telling what we could get. If you’ve ever been interested in Destiny, do yourself a favor and get in on it now. There’s a bright future ahead of you, Guardians.

It's been some time since the release of Destiny's new expansion, and now that the dust has settled and Bungie has played out its hand, it's time for the community to receive it. A lot of hype has been built around this expansion, and for good reason: for many people,&hellip;
Destiny’s House of Wolves Review
Destiny’s House of Wolves Review
Michael Cottuli

I'm a college student studying journalism, and when I'm not studying, I'm writing here at LTG. I love indies and AAA's alike - I'm just a lover of this medium in general.
@MiCottuli
Previous The Lenovo Smart Cast Projects A Touchscreen Onto Surfaces
Next Destiny’s House of Wolves: a glimpse into the future of the series and the gaming industry as a whole