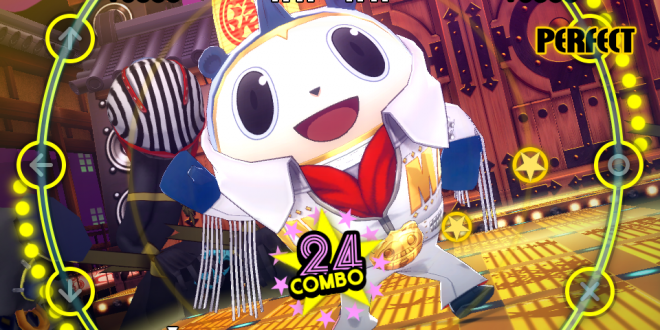 Today, ATLUS sent out a press release that revealed new details regarding the upcoming Persona 4: Dancing All Night. The game is a rhythm game exclusive to the PS Vita, and it will be released in North America this fall. 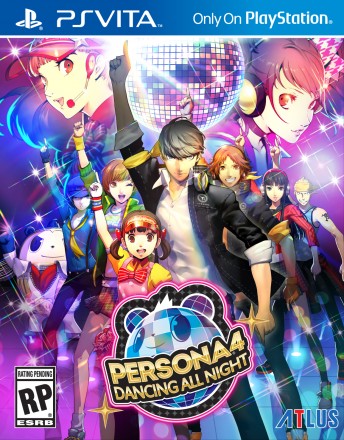 The game will feature multiple songs from several games in the Shin Megami Tensei: Persona series.”Time to Make History,” “Pursuing My True Self,” “Shadow World,” and other fan favorite songs will all appear in the game. Legendary composer Shoji Meguro tops the list of four composers whose work is included in the game. The other three are Ryota Kozuka, Kenichi Tsuchiya, and Atsushi Kitajoh. Twelve remix artists are also mentioned on the game’s website, including Ryota Kozuka (ATLUS) and Shinichi Osawa. A brand new lyric video was also released earlier today.

In addition to confirming the game’s launch window, ATLUS has also revealed that the game will be getting a special edition at launch. The Disco Fever Edition will include two discs of remixed music from Persona 4 and Persona 4: Golden, a two-sided carrying pouch for your PS Vita (the pouch is exclusive to the bundle and will not be sold separately), two free sets of paid DLC costumes, a golden Teddie keychain, a Persona themed skin for your PS Vita, and ten free downloadable Persona wallpapers for your Vita. Everything will come in a limited edition box that is based on the Japanese Crazy Value Pack version of the game. 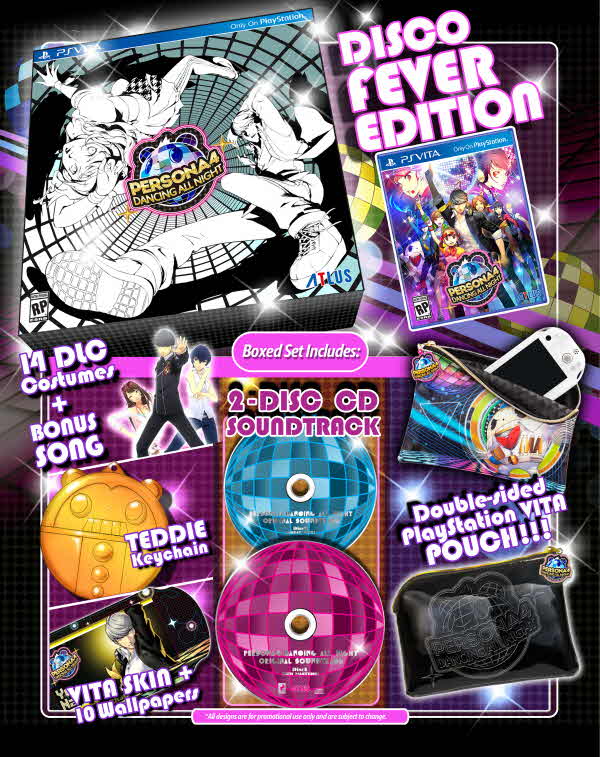 Though the majority of bonuses are limited to the Disco Fever Edition, everyone who picks up the game at launch will receive the special Vita skin and free downloadable wallpapers. 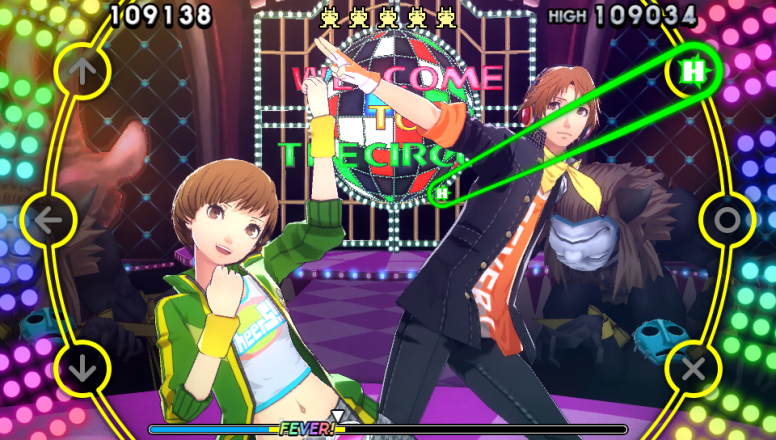 Persona 4: Dancing All Night is a rhythm game, but it stays true to the series by making the story and characters the main focus. A few months after the events of Persona 4, Rise Kujikawa has returned to her music career. At the same time, a strange rumor surfaces: “at midnight, if you see a strange video playing on a certain site, you are transported to the ‘other side’ and will never wake up again.” Members of a popular J-Pop band are disappearing, and the investigation team from Inaba decides to come to Rise’s aid by trying to unravel the mystery. 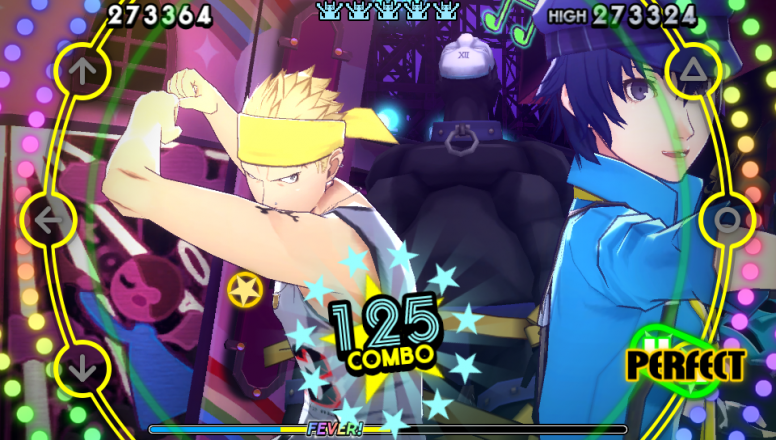 Once again, the team members find themselves fighting shadows. This time, though, the shadows have to be defeated through dance battles that take place in the strange world of the “Midnight Stage.” To defeat the shadows and save the world, you’ll have to dance – all night, apparently. 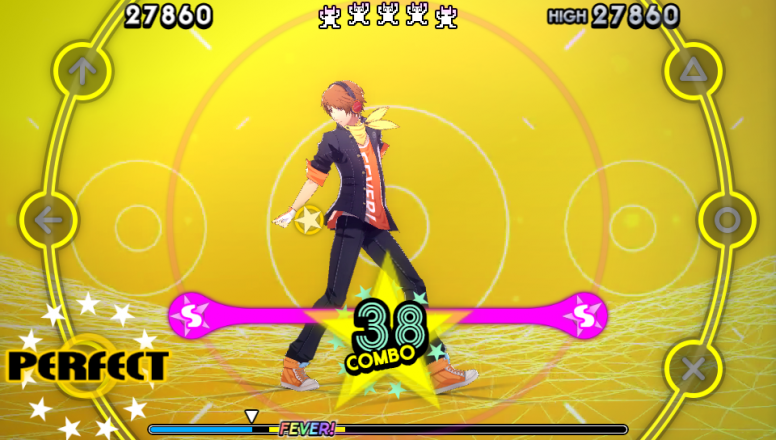 I'm Aria! When I'm not doing other things, I'm either playing video games or writing about them. If you like games, anime, and random stuff, you can follow me on Twitter @Sage0fForest
@@Sage0fForest
Previous FIFA 16 Will Introduce Female National Teams To The Franchise
Next What’s Next for Virtual Reality?