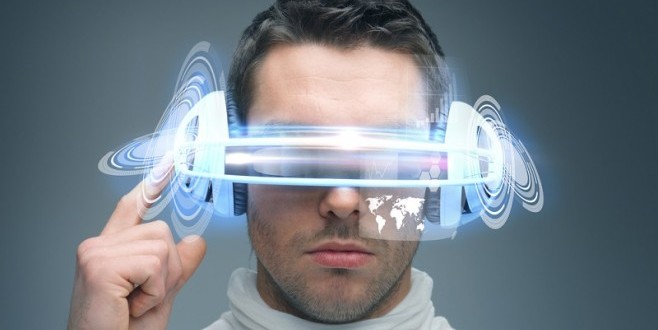 What’s Next for Virtual Reality?

I can understand if this seems a little preemptive; there aren’t even any virtual reality headsets available commercially at the moment. So, wondering what will come next for VR seems a little hasty, especially if they haven’t even happened yet. For that, we will probably be waiting until sometime next year for VR headsets to actually take off among consumers. I wouldn’t hazard as to guess whether they will take off immediately – the prices haven’t even been released yet. With the exception of a rather rough estimate for Oculus. This will presumably be a huge factor, just think Xbox One; they were repeatedly outsold by PS4, and still are, but Xbox only managed to gain headway in sales after lowering the console’s price. But, I think it’s safe to assume that the developers behind their respective headsets are already planning for the future of their devices.

At the moment, the focus for virtual reality tech is simply to get it out there on the market and make it happen. Before the tech is adopted by the majority of developers they will need some sort of consumer base to provide their VR games too. And there are companies that are already deciding to take this on; Ubisoft has declared that it will be making virtual reality compatible games. Oculus already has a list of compatible games set to be available at launch. So, there will be content for those that decide to make the leap. Until the headsets take off, I doubt many companies will focus on AAA virtual reality games. Following these first stages, I’m sure developers and gamers will be wondering what exactly virtual reality gaming is capable of. Immersing yourself into a virtual reality with a headset must surely only be the beginning.

There are even examples out there of developers that are attempting to emulate your other senses in a virtual reality environment. A group of students at Rice University have created the Hands Omni Glove in an attempt to provide the sense of touch to a VR game. These gloves interact with what you see and provide tangible feedback when picking up or using objects in game. The Virtusphere is a device that places you in an enclosed space so that you can actually simulate movement; you’ll be running inside of a pivoting ball and moving inside the game, but this will probably never head into households. However, increased immersion into a virtual reality environment probably isn’t the only improvement that will come in the future. If devices like these are picked up and used by consumers then games will change also by changing our experience with them.

Our purpose with virtual reality tech is for its use in games, and all of these examples so far are inherently solo experiences. But, gaming is typically a social experience, sticking a hat on your head and delving into your own world will be nice, but I can’t see it being all that social at first. This sounds nice if you’re into games like Skyrim, but not as much if you’d rather be playing CoD with others. Other people won’t even be able to experience what you’re seeing and isn’t that a crucial part of gaming? However, there are plans to make virtual reality gaming an online experience. An Oculus executive stated that: “Beyond any shadow of a doubt [massively multi-user experiences are] coming.” Does this mean that future VR will allow split screen like scenarios at home, but each with their own headset? It seems possible – if twice as expensive. It seems much more likely that games will take place online in a single persistent world. Virtual reality technology would lend itself well to online play, and would even create interesting MMO experiences. The creation of various new types of VR games and experiences seems almost certain. There is even talk of creating a virtual reality theme park or arcade called The Void.

So far, virtual reality headsets have only brought the screen closer to our eyes. We may be able to play the same games we have before, or new ones, in a more immersive way. But, what I’m wondering is how virtual reality will change the way that we game in the future. Will future gamers go AFH: Away From Headset? How will gaming on a PC work? I can’t imagine using a keyboard will be very practical when you have a headset on. It also begs the question: how will people interact with such virtual worlds? If virtual reality intends to impose a fictional reality upon us while gaming, just how real will it become? You won’t be staring at a television any longer, you will be going somewhere and fully immersing yourself in another reality. Or will virtual reality simply become a gimmick or a fad?

What seems more certain is that virtual reality will only get more immersive – beyond a headset. If this means wearing a pair of gloves that provide physical feedback, or wandering through a physical room then there are already plans in development. For gamers looking at content, new types of games will hopefully be on the way to take advantage of the new technology, it remains to be seen if the technology will be limited to simply changing how we navigate in a game. I think virtual world building will play a large part in the future of virtual reality, and the next big step will be in making the virtual experience shared among players. I think virtual reality’s success relies on this; if VR can improve the social experience beyond what is already possible in games like MMO’s, I think it will be a success. What are your thoughts? What would you like to see in the future for virtual reality gaming?

Hi I'm Daniel and I'm an aspiring writer, avid gamer, and wanna-be cook; I'm not quite certain in which order. I like all things RPG and if that means swords n' spells, all the better. But, provided it has a good story I'll probably want to try it regardless of what it is. I'm a Windows junkie, and I spend my time gaming on Xbox, PC, and my 2DS.
@@danielcooper179
Previous Persona 4: Dancing All Night – New Details
Next The Lenovo Smart Cast Projects A Touchscreen Onto Surfaces