Breaking News
Home » OPINION PIECES » The Rise of the Rogue-Like 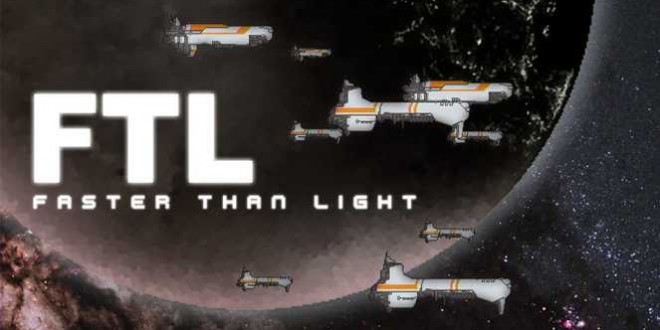 Rogue-like is a genre that has started to become more prominent in the gaming world. Rogue-like games are generally dungeon crawler style of games that are focused on high difficulty, permanent death, procedural generation of levels and RPG elements. The genre first rose to prominence in the early eighties when the game Rogue was released. This title had a basic presentation with the player controlled character being an @ symbol. The game garnered a cult following as gamers were drawn to the games punishing difficulty. The genre disappeared from the public eye, only to have somewhat of a renaissance during the indie boom in recent years. Now it seems like a new Rogue-like is released weekly and the genre seems to evolving and becoming more mainstream. The genre intrigued and scared me in equal measure at first, I had begun to grow tired of copy and paste triple A games that offered very little challenge in its gameplay, and it was this desire for more of a gaming challenge that lead me to try Rogue-likes. Over the last couple of years I have tried a variety of different titles, and most of them take the essence of Rogue but adapt it for a modern audience. The following are three Rogue-likes any beginner to the genre should try first.

This is probably the most game-like of any of the suggestions. The central gameplay mechanics are a side scrolling platforming with hack and slash combat, very similar to games from the SNES generation. The game plays up to its SNES roots with a pixel style art design and a chip tune soundtrack. The game sees you take a character into a procedurally generated castle/dungeon to down the enemies and bosses within. The game originally launched on PC and later on PS4 and PS Vita and last week the game was released on Xbox One.

The USP of Rogue Legacy is the character traits. Each time you die, you start again, selecting a new character from your family tree, some of whom are normal, while the rest of them have different personality or physical defects. Some of these traits are nothing more than a joke, like a character with chronic flatulence. However some traits, like gigantism or dwarfism as well as few others can affect your play style, and in some instances give you access to secret areas or abilities. A lot of these traits are humorous at first, seeing a character with tourette’s have “@:!”%$ appear above their head every time they’re hit will raise a smile, but eventually you will learn which traits are a bonus and which are a hindrance before eventually finding a favoured class. Like most newbies I found I have most success with the tank class, as the added HP really does help, especially in the early game, but these decisions will be based on your personal preference.

Each journey into the castle sees you collect gold, and when your current character dies that gold is available to pay for upgrades before you re-enter the castle, where you will sacrifice your purse. Upgrades vary from boosts to HP and mana, to opening new classes or other upgrade options, like the Blacksmith. This sense of progression certainly lends the game a feel of constant achievement not often found in Rogue-like games. Even if you die early, you can often farm enough gold to level something up, and eventually you will chip away at the upgrade tree (or castle in this game’s case) until you are strong enough to progress. This helps you ease your way into the game and adjust to the difficulty.

The style and gameplay of Rogue Legacy certainly makes it a good starting point for new comers to the genre, it will offer familiar approaches to platforming and combat, while also introducing you to the punishing difficulty you can experience in a Rogue-like.

The Binding of Isaac

Originally a game made in flash, Binding of Isaac received a makeover in November 2014 and was re-released using a new engine, improved graphics and a new title, The Binding of Isaac: Rebirth. The game is created by Super Meat Boy creator Edmund McMillen and sees players take control of Isaac (and later different playable characters) as they fire tears at a variety of nasties as he descends further down into his basement to escape his homicidal mother. The game features Edmund’s unique art style and storytelling as well as the patented difficulty from his previous titles. Rebirth is available on PC, PS4 and PS Vita.

Rebirth is the most traditional Rogue-like on this list. Players have to enter a room and need to kill everything in there before they can progress. Each floor will contain a boss as well as an item room and shop. Players are required to pick up items that can either provide boosts to DPS or health, or in some cases ruin a run and very occasionally kill you outright. Items are not labelled and you will be required to remember items symbols so you know what affect it will have on you. This adds another level of randomness to the game, especially in the early game as you experiment with items and their effects. Once you have a few hours in the game you will recognise the majority of items with new ones unlocked along the way to make sure you don’t get complacent.

Gameplay takes the form of an unconventional dual stick shooter. Tears are fired at right angles from the player, but can be fired at angles if you use momentum from movement. This style is a bit tricky to master at first, especially if you are accustomed to more traditional dual stick shooters. But once you get the hang of the shooting mechanics you’ll be downing flies, spiders and jumping poo with ease. The gameplay style seems to polarise gamers, many appreciate the approach on an established gameplay mechanic, while others find it frustrating as it doesn’t play exactly as you might imagine when you start.

Progression sees you unlock new characters, items, challenges, bosses and endings so re-playability is huge. It is possible to complete the game by finding all items, endings and secrets and achieving the True Platinum God status, but even if you are able to do this it will take hundreds of hours and after that you still have challenges and streaks to attempt so you can keep coming back. The game has an expansion slated for a release later this year so expect more item synergies, bosses, endings and daily challenges to be added to extend gameplay even further.

While Rebirth is a lot less accessible than Rogue Legacy from the outset, it certainly trumps it in terms of re-playability and longevity. If you can come to terms with shooting style you will uncover a brilliant game.

FTL is arguably my favourite game of all time, so I will try and remain impartial. FTL takes the Rogue-like genre and moves into space rather than dungeons and focuses on turned based strategy for combat. You control a ship across 8 regions of space, fleeing the evil Federation ships that are trying to prevent you reaching their flagship and destroying it. Your journey across the solar system will see you battle different alien races, encounter environmental changes like asteroid fields as you level up your ship, crew and weapons to attempt to reach and destroy the flagship.

The game starts with one ship available, but more layouts for the ship as well as alternative ships can be unlocked by completing challenges in-game. You warp from point to point as you explore the sector before eventually reaching the exit and jumping to the next one. Most of the time you will fight ships during your travels and battles can be intense affairs as you manage weapon cool-downs and other power around your ship. You can use other augmentations to complete actions like teleporting or cloaking, but these have to be purchased at stores, but some different ships may come with different systems at the start of the run. You will also encounter other friendly characters who may give bonuses or offer side quests. This adds an RPG element to the title and makes the experience a lot more rounded. Like with the other two titles death is permanent, but in FTL it feels much more heartbreaking if you die. A lot of the time you will have levelled up your ship and crew and feel more connected to them.

Along with the variety of ships and challenges available originally, an expansion was released in April 2014 to coincide with the iPad release of the game. The expansion was made available for free to PC owners and now comes as standard with the game. The expansion gave extra alien races, systems and augmentations which expanded the already robust game even further. The iPad version is arguably the best version of the game too. The controls are intuitive and you can stagger attacks easier than you can on the PC version.

For me the game offers almost endless re-playability. I had already put around 100 hours into the PC release with only a handful of victories, but when the iPad version released along with expansion I have easily put another 100 hours in across both platforms. You can play the game for 5 minutes at a time if you’re in a rush or you can plough hours in as you try different ships and attack strategies. There are numerous achievements to unlock as well as three difficulty settings. Even with over 200 hours of playtime I am still no where near getting all the achievements.

FTL is regularly on sale for the PC and does not require a high end gaming PC to run. If you do own an iPad you owe it to yourself to buy the app and try it. Of the three titles FTL is the easiest to pick up and play. The turn based strategy is easy to pick up but difficult to master so newcomers will not struggle immediately.

Rogue-like seem like a genre that is here to stay. With the amount of re-playability the games often offer, and their relevantly simple art styles, they are a genre popular with indie developers. The influence of the genre is certainly having some effect in triple A titles recently with the Souls series and recently Bloodborne being big hits. Hopefully Rogue-like’s rise in popularity will see triple A developers start making more challenging games. With the new consoles offering a lot of indie titles expect the genre to become more prevalent on PS4 and Xbox One over the coming years.

Tags FTL FTL: Faster Than Light The Binding of Isaac

A masochistic game reviewer, taking pleasure in games that beat me into submission regularly.
Previous Fallout 4: Androids, the Enclave, and other things we can expect
Next Netflix Shoots Down Reports Of Pre-Video Advertisements 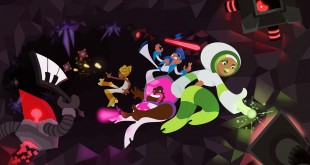 Tom Jubert, the FTL: Faster Than Light and The Talos Principle writer, has made a ...