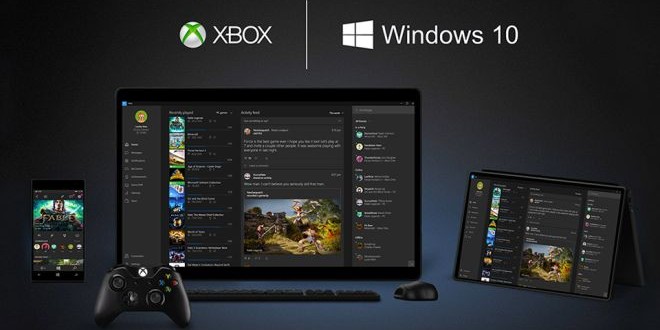 For years, E3 has been an event that was intended to show off whats new in the world of console gaming, oftentimes being the place where new consoles were announced to much fanfare while PC gaming was relegated to a more minimal presence. Lately however, Microsoft has been making progress on their intent to bring at least some attention back to their history with PC gaming, especially with Windows 10 and the purchase of Minecraft.

In an interview with PCGamer, Phil Spencer, the Head of Xbox, hinted that Microsoft is essentially going to use the Xbox brand to spearhead their efforts into gaming on anything that uses Windows 10, whether it be PCs, mobile devices, and their augmented reality device, the HoloLens. Stating that it is “a natural progression for Xbox to expand”, Spencer made it clear that Microsoft has learned from their mistakes with Games for Windows, and that Microsoft will commit to the idea that while cross platform connectivity is their ultimate goal, there will be some games that will only work on certain platforms.

That being said, Microsoft is clearly trying to make Windows 10 appeal to gamers of all kinds, with built in Game DVR, DirectX 12, game streaming capabilities, and support for cross platform multiplayer games so that people on the Xbox One can play with people on the PC. This is especially true considering how 2 of the most recent games in their flagship game series, Halo: Spartan Assault and Halo: Spartan Strike, initially released only for mobile and PC platforms.

As to what we can expect for E3 2015 it is hard to say, but it is likely that with their focus on marketing both Windows 10 and the Xbox One with features that gamers would want, Microsoft definitely learned from the public backlash that they received when they first unveiled the Xbox One, where many wanted information on how the Xbox One functioned as a gaming console rather than as a multipurpose entertainment console.

@https://twitter.com/thefallenlords
Previous 2016: Year of the Screen?
Next Apple wants to “Connect” you to musicians