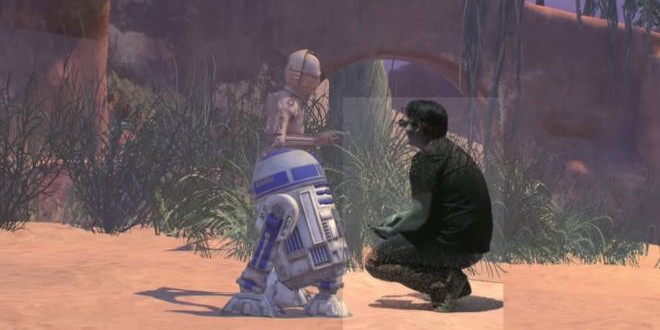 For many people, Star Wars is the be all and end all of the sci-fi fantasy universe. It reigns king of all things nerdy. When new pieces of technology come out, all people can think of is how they can make something related to Star Wars with it. Shooters started popping up in arcades? Take control of the Millennium Falcon and shoot down some TIE fighters. Huge surge of motion control in video game consoles? Let’s have lightsaber duels. Even when Pinball machines were made there had to be a Star Wars version.

Now it seems the latest trend in the technological world is virtual reality. While some are skeptical, it seems like certain companies like Oculus are getting quite close to the VR we’ve been waiting for. So obviously now it is someone’s job to bring Star Wars to VR. Who better than Lucasfilm, Industrial Light & Magic, and Skywalker Sound to helm the project. While Star Wars may not be their sole endeavor, as reported by USA Today, it is certainly a top priority. The main goal overall, however, is to bring VR to the world of film altogether. You can even see the progress they’re making in a video they’ve released.

Imagine being able to see hyperdrive while sitting in the cockpit. Or go through an army of Doris with your lightsaber in hand. These and other fantasies just scratch the surface of what could be done with VR and Star Wars. Let’s not forget other films too. What Star Wars moments would you like to see on VR? Maybe you have some ideas from other films. Let us know in the comments below.