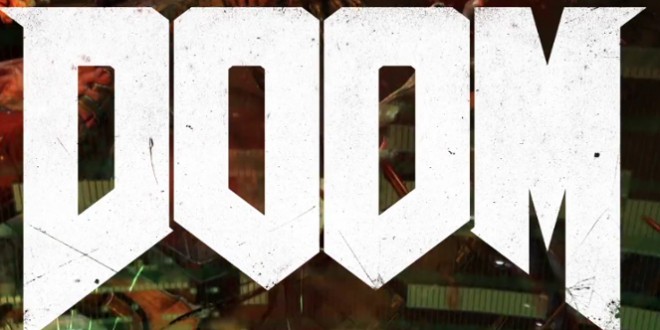 DOOM 3 came out 11 years ago, and while some people liked it, a lot of people (including myself) weren’t huge fans. The game moved away from what made the original DOOM games fantastic – shoot, move fast, and don’t think all too hard about it. With DOOM’s reboot, many people were worried that it could follow in the footsteps of that game, diluting some of the core concepts that defined DOOM. Well, I’m happy to tell you that this just isn’t the case – DOOM looks incredible, and it’s sticking to its roots.

DOOM kicked off Bethesda’s E3 conference, starting us off with a lengthy gameplay reveal (This isn’t available at the time of writing, but you can see a gameplay trailer here.) The gameplay showed off the guns, and not too much else – and that’s totally fine. We were showed a sizable arsenal of weapons (including fan favorites like the double-barreled shotgun, the BFG, and the chainsaw) and we were treated to the wonderful ways in which they mutilate the demonic baddies that inhabit the universe of DOOM. While we got to see these weapons do their thing, which was fantastic, we also saw some new features make their way into DOOM guy’s arsenal.

In DOOM, we’ll be getting a jump-pack to assist in what’s likely to be some array of jumping puzzles –  on top of that we get a new way to dispatch our enemies. DOOM guy is going to be able to get his hands dirty by performing executions, tearing demons apart, shoving hearts into mouths, snapping necks, and doing all-around ridiculous things that may defy all sense, but sure as hell indulge what DOOM fans are looking for.

The single player looks great, both from a gameplay perspective and just by remarking on its graphical fidelity, but the folks at id software are bringing us even more. On top of an arena multiplayer where we can engage in classic death matches, freeze tag, and horde modes, the folks making DOOM have taken a peak at what the community does best, and threw them a bone. Introducing DOOM Snapmap: the game’s new engine that will allow players to build their own maps, snapping together tiles to create their own stages, then going into the map to place some of the finer details to make it your own. This harkens back to the old Halo 3 days, in which you could spend countless hours browsing your friends’ file shares and creating infinite replayability for yourself.

DOOM’s looking insanely good, and I’m sure we’ll get a lot more information coming soon about when to expect it, and what we’ll be able to get from features like Snapmap – let’s hope it isn’t too far behind the game’s release in Spring 2016. Keep an eye out here on LTG to stay up to date!

I'm a college student studying journalism, and when I'm not studying, I'm writing here at LTG. I love indies and AAA's alike - I'm just a lover of this medium in general.
@MiCottuli
Previous Dishonored 2 Confirmed At E3
Next Elder Scrolls Card Game Coming 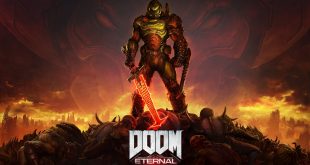