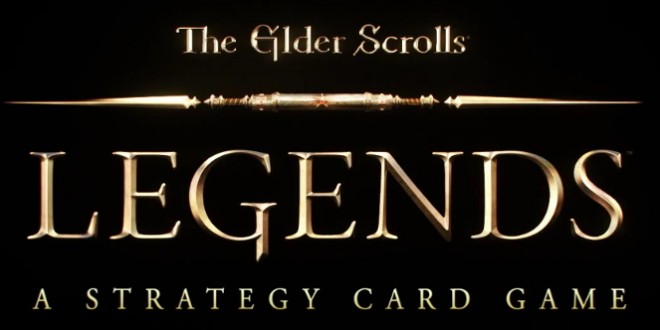 In a move that nobody could have really seen coming, it looks like we’re getting a card game based on the Elder Scrolls universe, called Elder Scrolls Legends. We were treated to this little teaser in-between announcements, and nobody quite knew what to think of it. At the end of the day, this is clearly riding off the coat-tails of Hearthstone’s success, and it’s yet to be seen if it’s going to be a shameless ripoff or something that can stand on its own. Elder Scrolls has a well-beloved lore, and building a card game around its universe doesn’t seem like they bad of an idea.

As much as I’d like to be optimistic about Elder Scrolls’ entry into the card game genre, one can’t help but wonder about how well a studio like Bethesda is going to fare doing this. When Blizzard did this, it made sense – Blizzard has balanced multiplayer games for a long time, and they know better than most how to get those numbers to jive with each other. The creators of Elder Scrolls, however, are used to designing single-player experiences where it isn’t all that important to keep things balanced between players.

We know absolutely nothing about what Elder Scrolls looks like, what its mechanics are, or what Bethesda’s plans for it are going to be in the long run. That being said, it seems to be part of the beginning of Bethesda’s attempt to gain traction with its new online component: Bethesda.net. I assume that it’s going to work very similarly to the way that Battle.net works, serving as the framework that players use to interact with one-another. If this is, in fact, the integration that Bethesda is going to use, could we be seeing more games coming out that put Elder Scrolls and possibly even Fallout into this new online-driven era of games?

If I could make a prediction, I don’t think it’s unlikely that we could see a Heroes of the Storm situation coming from Bethesda some time in the future. Having the characters from the Elder Scrolls canon butt heads with Fallout characters seems like it would be a fantastic idea, and if the team in charge of Elder Scrolls Legends can get a hang of balancing an online game here, I don’t think it’s impossible.

Speculation aside, we know that Elder Scrolls Legends is coming. The website isn’t up yet, and we don’t know all that much besides what was in that teaser, but I’m sure that Elder Scrolls fans are excited to get something new out of the franchise. As an avid Hearthstone player, I know that I’ll be trying it out when I get the chance.

I'm a college student studying journalism, and when I'm not studying, I'm writing here at LTG. I love indies and AAA's alike - I'm just a lover of this medium in general.
@MiCottuli
Previous DOOM E3 News Round-Up
Next Gold Huawei TalkBand B2 available for $156 with coupon