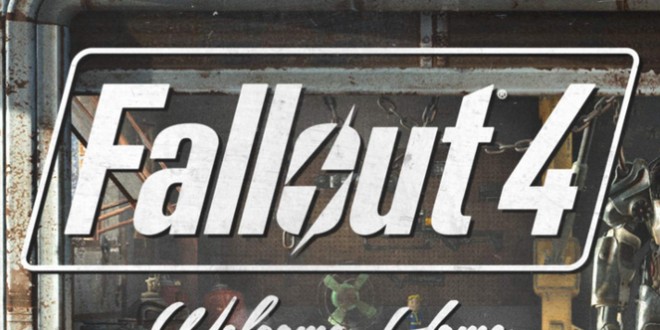 Fallout 4. You knew you were going to see it this E3, and you knew it was going to be great – but I don’t think anybody could have anticipated just what a show the folks at Bethesda had prepared for Fallout 4’s showing at their first E3 conference. This year, we’ve got a massive info bomb for a whole lot of Bethesda titles, but Fallout 4 brought us more info than we thought they could fit into the conference.

They started off by showing us how Fallout 4 starts – surprisingly, we’ll be seeing the protagonist start off his/her unfortunate, bleak life just before the bombs drop. Fallout 4 gives us a very dynamic character creation experience, where you stand in front of the mirror with your husband/wife (you alternate between them to choose which gender to play as) and get to mold each feature down to the most minute detail, moving around your nose and facial features with precise detail. Once you’ve finished creating your character, you get to walk about your house for a while speaking to your robot butler and taking care of your child (whose appearance will be tailored to the appearance of his parents.) Yadda yadda, roam around, and the bombs fall. You wake up 200 years later, leaving vault 111 (presumably a cryogenics vault) and move on to explore the wasteland to your heart’s content.

The immediate thing that you’ll notice about this new Fallout is that this time around, you have Mass Effect-esque scenes where you get to talk to NPC’s, using your now fully-voiced character to engage in conversations with a directed camera (but don’t worry, you can still interrupt the action to shoot your conversation partner in the face.) NPC’s are designed with the same engine that your character is, and will even be able to call you by name (voice actors have recorded hundreds of the most popular names to call you by.)

On top of all of this, we got a sneak peak at the meat of Fallout 4, including some of its new features. Fallout 4 will be offering us incredibly in-depth weapon/armor customization, in which we get to use all of the previously useless junk items to craft components that factor into endless customization options, where you get to design the stock, barrel, sight, muzzle, etc. of a weapon. While we don’t know for sure if Fallout 4 gives you the option to craft smaller armor pieces to this minute detail, we know that power armor can be put together from lots of different components, allowing the player to have full control over the walking tank that they can traverse Fallout 4’s landscape as.

If that wasn’t enough for you, it was shown off that you can craft entire settlements – building homes and furnishing them as you see fit, and building both interior and exterior decorations. Fallout 4’s new settlement building system also allows you to set up outposts where people can purchase goods from you, electronics that let you direct electricity from generators to turrets, flamethrowers, lighting, or some cosmetic marvels. It’s to be assumed that you can build multiple outposts, as it was mentioned that you can have caravans move things between them.

The info-bomb for Fallout 4 was huge this year, and in the ending montage of the reveal we saw air vehicles (we don’t know if we can fly them yet, but we can ride on a turret,) destructible environments, jet packs, and Fallout 4’s beautiful engine at work, doing what it does best. Fallout 4 looks to be an incredible triumph, and something that nobody will want to miss – but to top it all off, it was announced that we’ll be able to enter vault 111 November 11th of this year. Here’s hoping we don’t see a delay – I don’t think that I can wait any longer for what’s sure to be competing for game of the year with Witcher 3.

Did we miss something? Let us know in the comments. We want all the info we can get!