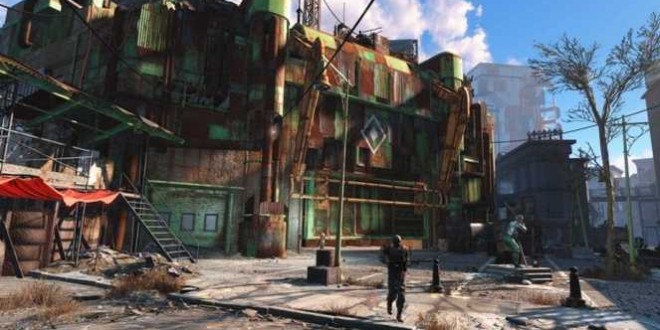 Mod support for Fallout 4 on Xbox One announced at E3

In a historic move, Todd Howard announced at the Microsoft press event that when Fallout 4 releases on Xbox One, mods that are developed and released on the PC will be able to be used on the Xbox One, for free. Alongside the typical in game trailer featuring the player character entering a suit of T-45d power armor and fighting off a Deathclaw with a minigun, Todd announced Bethesda’s support of the Xbox platform with PC mod support, citing Bethesda’s history with Microsoft since the days of Morrowind.

Traditionally, mods developed on the PC stayed on the PC, leaving console owners to look wistfully upon the various mods that PC gamers can create. With the potential for cross platform mod support though, this opens up a whole new opportunity for gamers on both PC and Xbox One, as console gamers can now experience the literally game changing world of mods (conceivably along with all the downsides associated with them). While simple mods like graphical overhauls or new items are relatively inconsequential, other mods can add content that once was limited to full DLC packs.

It is now merely a question of how this will be implemented, as most mods can be found on websites like ModDB or the various Nexus sites on the PC, but for consoles the only place where things can be downloaded are typically through either the in game store or the Xbox Marketplace. Furthermore, there is a whole can of worms that can be unleashed with the quality of the mods and who would be held accountable if things do not go as planned when mods are installed.