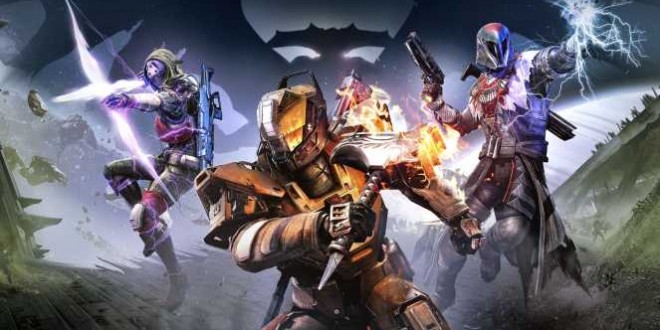 In Destiny’s the Dark Below, you vanquished Crota with his own sword. In the House of Wolves, you conquered the Prison of Elders in the name of the Queen of the Reef. And in the Taken King, Oryx, a Hive god who’s son is no more, is out for vengeance. Unlike Crota, Oryx is no mere ghostly apparatus with a sword. Instead he is a mix of rage and Hive magic made of flesh, winged and  dark. His army is no mere mix of Hive either, because complementing their ranks are Cabal, Vex, and Fallen that have been enslaved to his will. A number of the Cabal were enslaved after they delved too deeply and too eagerly into the Phobos, a moon orbiting Mars, and it is likely that some of the other races met similar fates.

To help counter this, your arsenal of abilities have been completed, and all classes have been granted their third subclass. Hunters are given a Void bow which can be used to trap and debuff enemies (it also cancels Supers in Crucible) and buff friends, Titans can wield Solar energy in the shape of a hammer, and Warlocks can now unleash Arc lightning from their fingertips in a display of unlimited power. The Vanguard have realized that as they stand, they are not powerful enough, so they send you and other Guardians to rediscover powers that existed long ago by ancient Guardians and pre Collapse humans.

Of course, you can also use the new weapons and armor that are bound to be included in the DLC, alongside various other aesthetic items like ships and cloaks (including what appears to be an actual wolf’s skin). Many of the new weapons are weapons designed by the major weaponsmiths of the City, inspired by the Exotics that you and other Guardians have rediscovered have reclaimed. For example, SUROS designed a pulse rifle and rocket launcher that has a very similar aesthetic to the SUROS REGIME, the Exotic auto rifle, with new optics and gunfire sounds as well as unique archetypes associated with the various weapon brands.

Needless to say, new gametypes are being introduced into the Crucible as well, including one where all timers including Supers, respawn timers, and melee and grenade abilities have an extremely fast recharge, and one gametype where you have to take a spark of energy from a neutral zone into the enemy team’s base to score points with additional points based on style. New maps will also make an appearance, including Frontier, located on the outskirts of the City near the Twilight Gap, Sector 618, a Crucible arena inside of the Wall, Crossroads, a map taking place in the ruins of Mars, and Bannerfall, a map that is reminiscent of the Tower. A new Raid, Strikes, story missions, Achievements and Trophies, and patrol objectives will be included.

Being a Hive god, Oryx resides in an asteroid belt orbiting what is likely Saturn, surrounded by dark, angular ships, pulsing with blue flames. Of course, Oryx also has a large, dark ship that is millions of years old and filled with loot and will be the setting of many of the new activities available in the expansion pack. You have his attention, so the only thing that is left is to take his head, and you can do so on September 15th.