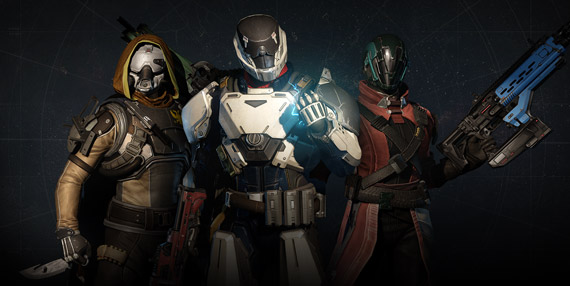 In just a couple of months, Bungie’s grand Destiny will become a year old, and in that time there will have been 2 DLC packs and a major expansion pack. By some accounts, Destiny is doing very well: players are consistently spending hours upon hours in the game, playing the endgame and PvP content to the point that they can reduce the game to a science with spreadsheets and everything, not to mention the countless hours spent watching other people play Destiny. But by other accounts, it simply failed to live up to the expectations that they had. And this holiday season, with stiff resistance by so many other AAA titles, it is a major question of whether or not Bungie can hold onto their audience.

Advertised as a major expansion pack that will add a lot of new content to the game, The Taken King also bears the dubious honor of being one of the most expensive pieces of downloadable content you can buy. At $40, it almost matches the price of a full game, to say nothing of how much it costs internationally and the price gouging aspect of charging $20 for aesthetic items.

In its current form, Destiny’s competitive multiplayer is simply broken. By their own words, Bungie tries to balance the competitive multiplayer in such a way so that there is no clear solution to any match, thus letting you use any playstyle you want. But as it exists now, Thorn is grossly powerful, auto rifles are near useless, shotguns and sniper rifles can practically be used as primary weapons, and asymmetrical map design offers one side an advantage. Not to mention the fact that the premier hardcore PvP mode, the Trials of Osiris, now has the stigma attached to it of being a place where cheaters run amok. Throw in a conceivably shrinking population due to the increasing skill gap, and it wouldnt be surprising if Trials simply dies out within a couple of months due to the lack of new competitors.

As it stands now, most of the people who are playing the end game content have plenty of friends that are also playing the game, creating a sort of an echo chamber. But what of new players? Perhaps they are fortunate to have friends guide them through, but many have abandoned the game simply because there is no matchmaking for late game activities and they have no one to play with. In place of in game matchmaking are third party matchmaking services where you have to essentially look for or place an ad for the activity you intend to do, and hope that other people respond. Clunky and time consuming at best, enough to steer people away from the game at worst.

Repetition at its finest, where you can conceivably play an activity dozens of times without anything good to show for it (a real problem prior to the release of the Dark Below), and even if you do get a good reward, you have to level up and/or reforge that fancy new weapon or armor piece before it is operating at its full potential. Simply put, a lot of Destiny is based on luck, and that luck can make you spend hours that you may not have or want to waste looking for elusive items. Easily one of the most popular reasons as to why existing players are giving up.

At the end of the day, the most damning statement regarding Destiny is that it is the best and most popular mediocre game available. While the core gameplay is a saving grace, there are still so many aspects that are lacking, most notably and in game ability to find other players to play the end game content. If any advice can be given to people interested in getting into Destiny, it is to either get a lot of friends, or to look somewhere else.

@https://twitter.com/thefallenlords
Previous Is Destiny’s The Taken King Worth The Cost?
Next Batman: Arkham Knight Review – The Hero We Deserve