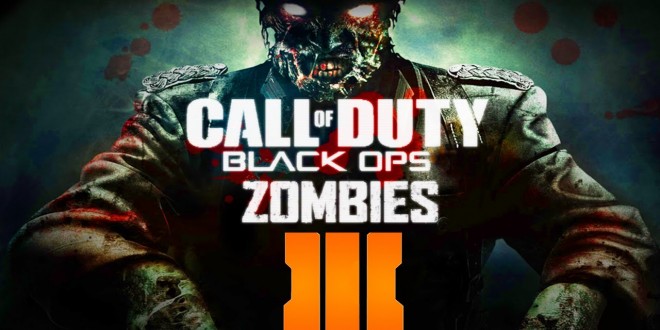 When Call of Duty: Ghosts was released, gamers saw a departure from the beloved zombie mini-game, and were instead introduced to an episodic adventure of aliens. While Extinction had it’s own intriguing story-line, some wondered if the franchise would reintroduce the undead. Then Advanced Warfare was released, and much to everyone’s delight the Exo Survival Easter egg on Riot confirmed that zombies were making a comeback. In Exo suits. And at the 2015 San Diego Comic-Con, Treyarch has unveiled that Call of Duty: Black Ops III will have zombies…with an added mix of aliens in the “Shadows of Evil” trailer.

So in a nut shell, first came aliens, then came exo-zombies, and now we have zombies again…with aliens. And no Exo suits.

But it comes as no surprise that with the new zombie mode comes an entirely brand new cast of celebrities. After all, when Call of the Undead was released, gamers were introduced to Danny Trejo, Sarah Michelle Gellar, Robert Englund, and Michael Rooker (can’t also forget about the master himself, George A. Romero). With Advanced Warfare, gamers were getting familiar with Bill Paxton, John Malkovich, Rose McGowan, and Jon Bernthal. Bruce Campbell makes it an appearance, but we won’t delve into spoilers.

The Shadows of Evil trailer opens up with a smooth jazzy tune reminiscent of the era. As the characters begin to talk, what stands out is that one of the characters mentions that this “is an invitation to an evil beyond your imagination.” At first, you’re thinking, “No way,” but as the trailer pushes on, you realize that each and every one of the characters has a dark and mysterious past. Exactly what evil will they be dealing with? Will it be from the zombies themselves? Or who they’re playing as?

Pushing that to the side, gamers can notice right away that Pack-A-Punch is back. The familiar laser sounds are noticeable when the characters reloads their assault rifle and wastes a row of zombies. There seems to be added abilities especially with electrifying sword, a rocket powered riot shield, and a gum ball machine. Yes, the gum ball machine appears to give players the ability to divert zombies away from them, grow tentacles and wipe zombies to the side, or even disappear and leave behind a lethal gas.

However, we just can’t seem to wrap our head around the fact that you’ll confront a giant, luminescent three headed alien.

It’s exciting to see what Treyarch will have in store for Call of Duty‘s newest zombie mode. More is expected to be revealed, so definitely stick around. While we’re waiting, what are your thoughts on “Shadows of Evil” trailer? Let me know in the comments below.

When he's not venturing Hyrule, he's probably out on the tennis courts. His Y-axis is always inverted.
@slimjimmy_
Previous The New Logitech
Next Huawei and Google Partnership goes beyond Nexus devices.