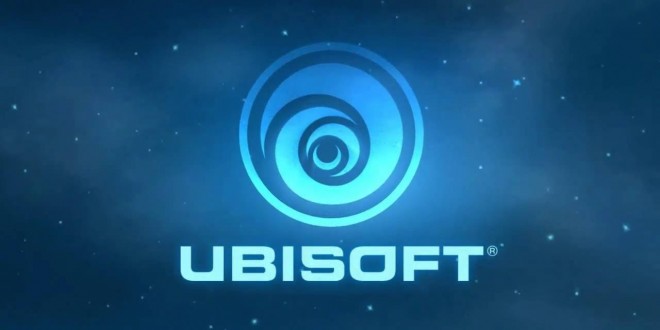 Ubisoft held a conference yesterday concerning their Q1 earnings. While it appears that their sales on the PS4  have doubled over the Xbox One, their CEO and CFO were asked about why digital prices of their games were different than, say, a copy of the game at GameStop. Their answers have upset several of the gaming community.

CEO Yves Guillemot tried to put a business spin on his answer. He said, “Digital is more reactive than what we put in stores, but at the same time, it doesn’t react as fast on consoles than it does on PC.”

“What we can say,” he continued, “is that when games are older than one year, digital is a lot more dynamic on console because there are less units in stores. It’s a new business, a new trend, and we think all this will get more in line with time…”

Guillemot concluded by saing, “If you look at the PC [post-release discount] trend, I think you will see that on consoles, but you will have to wait a little bit of time for that to happen with the same speed.”

When it came to CFO Alain Martinez, he was more blunt with his answer.  He said, “On digital we will not sell [a game] for a lower price compared to physical. After a few weeks or few months things can change…We are actually more aggressive on the PC side where digital is very, very strong. We tend to be more conservative on the digital side for more console and more flexible on PC.”

Many questioned why Ubisoft would say that.

On Destructoid, user able to think commented, “If sales are so strong on the PC side, why are your PC ports so terrible?” And that opened up yet another issue where Ubisoft’s PC community had to contend with Uplay. Several reported problems that if they didn’t download Uplay, then they couldn’t play the game they bought.

Some questioned whether or not their sales were accurate. User Sun Streaker posted this picture (seen below) concerning Ubisoft’s sales, to which user Baines pointed out that, “Ubisoft is the company that said that they had the numbers to prove their claims about PC piracy, but refused to release that proof to the public because it was proprietary information. Mind [you], wasn’t it Ubisoft that after some key reselling issue said that people should only buy their games from companies on the trusted vendor list, but refused to make that alleged vendor list public?” 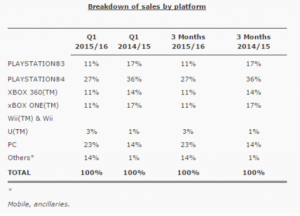 While it’s disconcerting to see that Ubisoft has caused this sort of outrage, what are your thoughts concerning the statements? Let me know in the comments below.

When he's not venturing Hyrule, he's probably out on the tennis courts. His Y-axis is always inverted.
@slimjimmy_
Previous Huawei and Google Partnership goes beyond Nexus devices.
Next Fallout 4 and more at QuakeCon 2015: Where to watch and what to expect