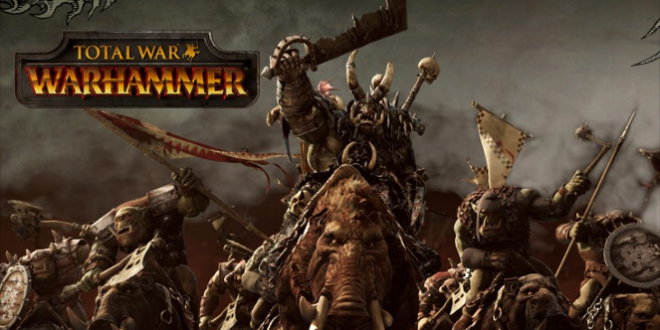 Fans of Warhammer, unite!  The long awaited Total War: Warhammer game is on its way, and to celebrate that fact, we’ve finally gotten a cinematic trailer. The trailer features Emperor Karl Franz leading a massive army against a whole lot of Orcs, and it looks really, really cool. There are a few nitpicks here and there (and that’s coming from someone who knows very little about Warhammer) but overall, the game looks like it ought to be a ton of fun.

This new Warhammer game seems like it truly intends to capture the large-scale inter-faction warfare that makes Warhammer appeal to people, and that’s an exciting prospect. Something that makes Warhammer so special is its ability to write different races in unique ways, offering lots of really exciting themes. Hell, even Bloodbowl, a Warhammer game that’s pretty much about ultra-violent football, managed to capture these gameplay differences in a pretty sweet way.

One glaring weakness I can’t help but notice about this trailer, however, is that it severely lacks blood and gore. The scene that is being painted with Warhammer: Total War is one of… Well, total war. Incredible forces of determined soldiers rushing at each other, gryphons, wyverns, cannons, magic, all sorts of crazy stuff coming together to create what one might imagine to be a bloodbath. That being said, even during the especially cringe-y scenes (like when the mage was being eaten by that wyvern,) there is absolutely no gore to speak of. Is this a play to try to keep the game rated T? If so, I think Warhammer fans will be severely disappointed.

Another thing I took issue with (again, coming from the perspective of someone who’s been admiring Warhammer from afar, but never actually took the plunge into the wiki to learn about it properly) is the lack of races. Sure, you see a great sense of scale in this trailer, but are you really getting the sense of world building that Warhammer is so good at? In this trailer, there’s nothing really separating it from Warcraft other than some of the armor styles – it’s still just humans versus orcs. Where are the Skaven? The Elves? Lizard Men? (Warhammer fans, feel free to tell me how these things would be impossible in the game’s timeline. Crush my dreams. Go for it.)

Overall, these aren’t huge worries, and they’re not coming from someone who really knows what to complain about. Warhammer fans, tell us what you think in the comments. I’d love to see if you’re satisfied by what you’ve seen! 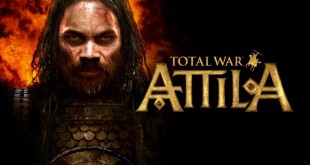 Total War: Rise of Mordor is currently in development and is set to be a total ...