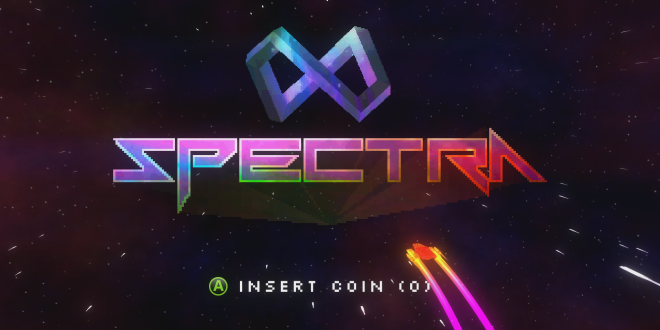 Spectra is the first game from Gateway Interactive. Gateway teamed up with Chipzel (best known for his work on the Super Hexagon soundtrack) to create a retro style racer that uses gorgeous music and breakneck speed to create a game that is fun, beautiful, and addicting. 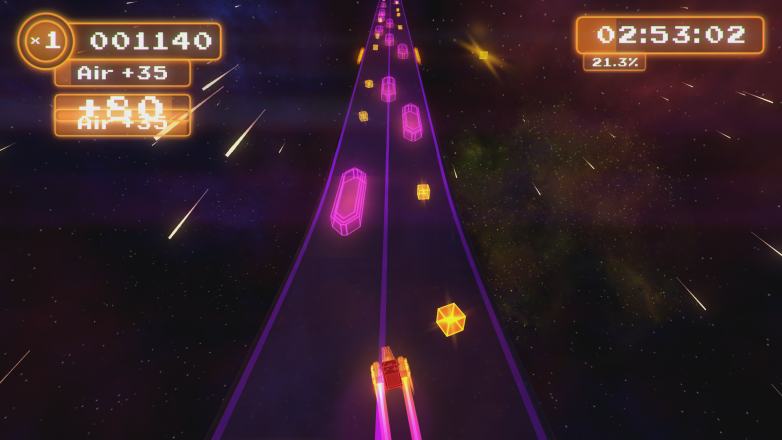 The goal of Spectra is pretty simple: you’re racing on a procedurally generated track that is covered in blocks (points) and obstacles. According to Gateway, your objective is to “collect points whilst trying to drive with the best style possible and stay on the road.” As you progress, the game speeds up, and that’s really what makes the game fun – the speed. The graphics are gorgeous, but it’s a style that we’ve seen in recent titles (e.g., TxK, Futuridium EP Deluxe, Super Hexagon). However, it must be said that it still looks really cool even though you’ll feel like you’ve seen it before. Once you start playing Spectra, it’s hard to stop. Collecting points is more addicting than it sounds, and the simplicity of the gameplay makes it a perfect title for a “just one more turn” mentality that has propelled countless titles to success. 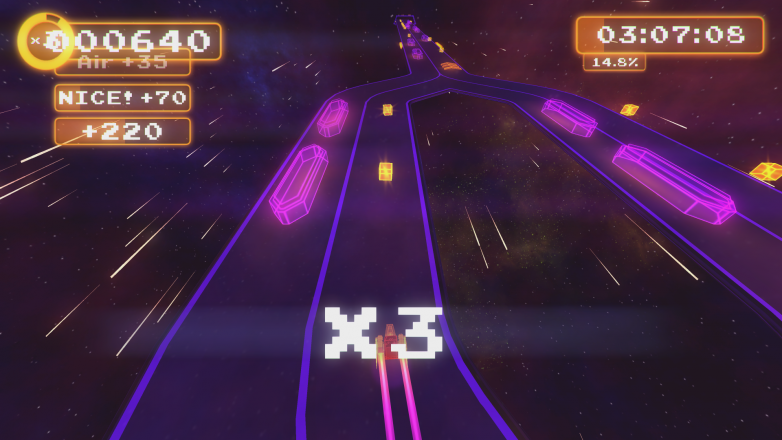 The music in Spectra is just as important as the gameplay. Chipzel has really outdone himself with the soundtrack, and the sound fits perfectly with the game’s aesthetic. The game features ten completely unique pieces of music that you’ll hear while playing. When you start a game, one of these tracks will be randomly selected, and the coolest part is that the song chosen actually affects the procedurally generated track (according to the Gateway Interactive website). In video games, the music and the visuals are intimately connected, and Spectra does a great job of displaying this relationship. You’re going to enjoy hearing Spectra just as much as you’re going to enjoy playing it. 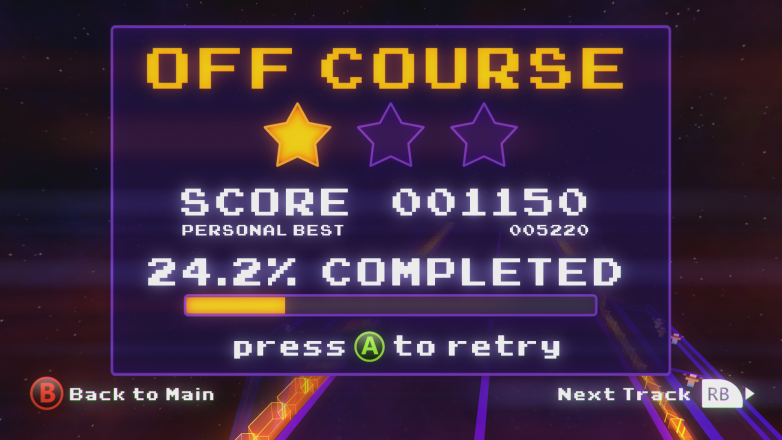 Spectra is being released for Xbox One, PC/Mac (through Steam – with Steam Play support – or the Microsoft Store), and Windows Phone. For $3.99, you’re getting a gorgeous game that blurs the line between racing games and rhythm games while remaining incredibly accessible and mercilessly addicting. You may think you’ve seen it before, but that won’t stop you from spending more than a few hours with Spectra. There’s no reason why anyone should pass up on this one, so check it out as soon as you can.

I'm Aria! When I'm not doing other things, I'm either playing video games or writing about them. If you like games, anime, and random stuff, you can follow me on Twitter @Sage0fForest
@@Sage0fForest
Previous No Time to Explain Review – Defying Gravity
Next What Polygon’s article regarding the appearance of female game characters got wrong