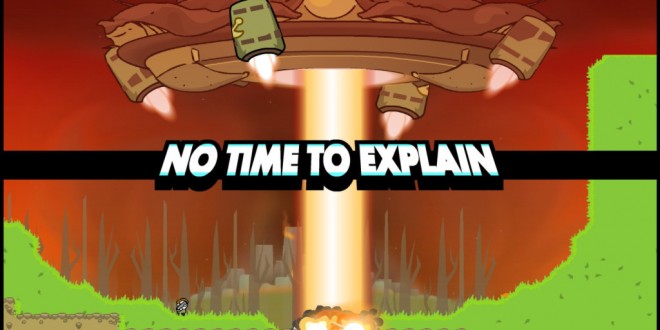 No Time to Explain is absolutely insane. You have to understand that going in, because the insanity is a bit disorientating at first. As soon as I started the game, I found myself constantly wondering what the hell was going on. All I knew was that my future self was in trouble, I was capable of time travel, and some kind of giant crab was executing a sinister plot to kill me. Eventually, you realize that you’re not supposed to know what’s going on – you’re just supposed to go with it. Because, after all, I guess there’s no time to explain. Once you let go of what you think the game should be, you’re in for a lot of fun. 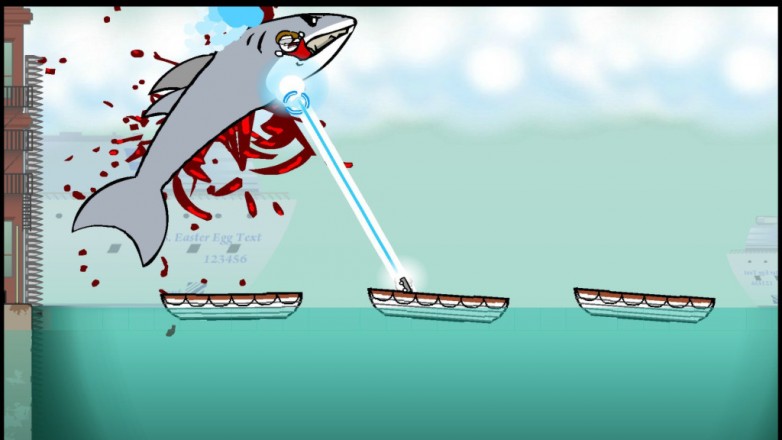 The visuals in No Time to Explain range from totally ordinary to delightfully silly. Your character is a pretty dull looking dude, but you can change that with collectible hats that are scattered across the levels. Collecting the hidden hats quickly became my favorite part of No Time to Explain, and the silly visual style works because it matches the tone of the game. This game wasn’t meant to look realistic, and that’s more than okay with me. The audio, though, did bother me. The voice acting is well-done and the jokes are funny at first, but when you’re hearing a one liner about medical insurance for the twentieth time, it’s easy to get really annoyed. The music also has a tendency to stop in certain areas – usually where the audio would be transitioning from one track to another. I once found myself at a particularly difficult section where there was no music at all. I kept dying, and the sound of silence followed by the splat of my character meeting his death got so obnoxious that it was almost unbearable. But, then, I got past the point, the music started back up, and I was sucked back into the ridiculousness of No Time to Explain. Though these flaws in audio and visuals are minor, they do detract from the overall experience. 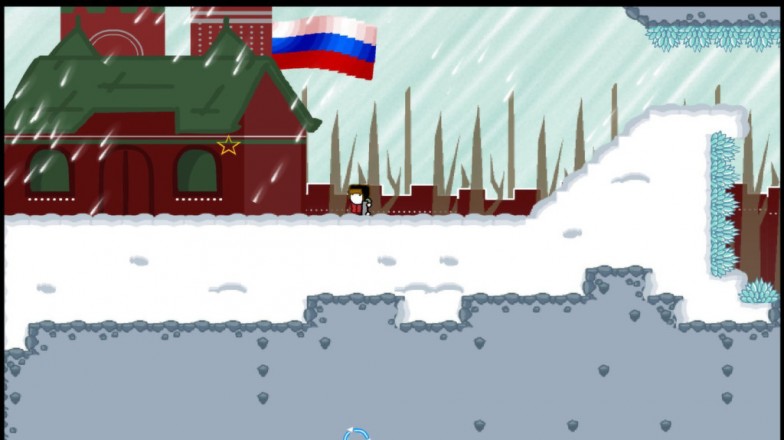 To examine the gameplay t0o closely would ruin many of the game’s surprises, but I’ll take you through the basics. Your only weapon (most of the time) is a jetpack gun that shoots a bright white and blue beam. If you shoot downward, your character rockets to the sky. If you shoot it to the left, your character will be blasted to the right. You can move around with the control stick, but you’ll be doing most of your maneuvering with the jetpack gun. It’s an interesting concept, but it can get brutally difficult at certain points. It’s not easy to control how much power you’re putting out with the gun, so you’ll consistently throw yourself into hazards so quickly that it’ll take you a second to figure out what happened. This can be especially frustrating during boss fights. The gameplay, while being a side-scrolling platformer at its core, has a fair amount of variety. You’ll travel through multiple environments, change weapons, fight giant sharks, and blast through the sky on the back of your future self while destroying flying enemies. The insanity of the campaign is a lot of fun, but the difficulty spikes get very frustrating and some levels are so incredibly hard that they will cause many players to stop playing. If you can get through the tough spots though, it’s worth it. 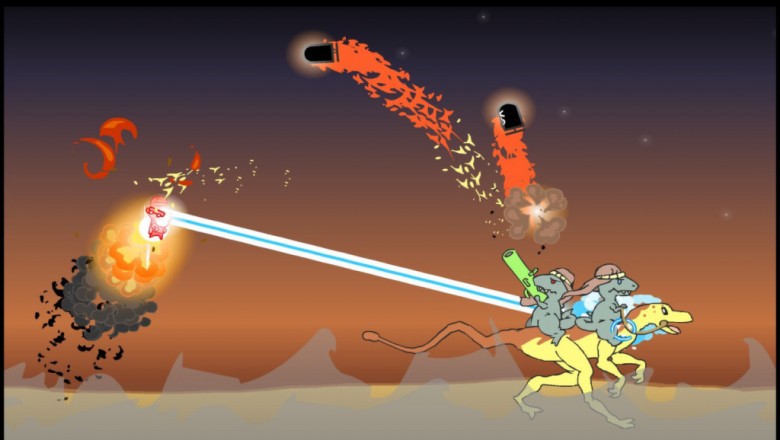 If you’re looking for a silly game that will make you smile, laugh, and struggle with strong urges to throw your controller out the window, then No Time to Explain is what you’ve been looking for. Despite a series of punishing difficulty spikes, No Time to Explain manages to be a crazy adventure that’s well worth the price of admission.

User Rating: Be the first one !
No Time to Explain PC platform Review tinybuild Xbox One 2015-07-22
Aria Maryn
Share

I'm Aria! When I'm not doing other things, I'm either playing video games or writing about them. If you like games, anime, and random stuff, you can follow me on Twitter @Sage0fForest
@@Sage0fForest
Previous So Many Me – First Impressions
Next Indie Game Spotlight – Spectra 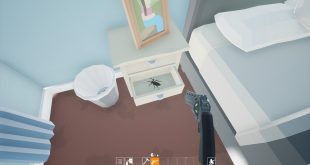