Breaking News
Home » NEWS » Destiny: The Taken King- News from the Twitch stream of Year two and how it affects you 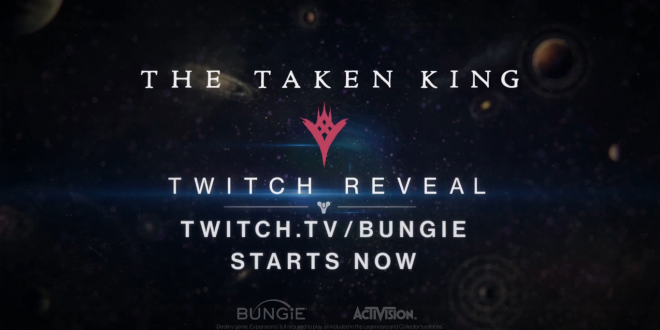 Destiny: The Taken King- News from the Twitch stream of Year two and how it affects you

With just under a month left before Bungie starts off their second year of Destiny with The Taken King, it was only natural that Bungie decided that they should probably elaborate on exactly what kind of changes you can expect in the coming year. This is especially true given that the second year of Destiny is promised to bring major changes not only to the way that you play, but also to the way that your character is supposed to evolve and stay with you in Bungie’s decade long franchise.

Your character level in The Taken King will be carried over, so your level 34 Warlock with all your armor and weapons and whatnot will be brought over. There is no need to log on the night before either, as Bungie will log your level beforehand.

To alleviate problems that Forever 29 players used to have, everyone can hit the new maximum level cap of level 40 regardless of what you have. Instead, there will be a simple XP system not unlike your path from level 1 to 20.

Light levels will still play a role, and it is essentially an average of your armor and weapon levels. While your light level won’t be as vitally important as before, it will still affect how efficient you are in various activities by modifying how much more damage you can deal and take.

New quests, bounties, and ways to keep track of them

Unlike the somewhat cumbersome way that current players keep track of quests and bounties, the UI for Destiny has been overhauled so that it is easier to keep track of what bounties you are working on. Furthermore, you can track specific bounties on the bottom right of your screen so that you no longer have to go into your menu.

Bounties themselves have also been reworked, as they are somewhat easier to complete as you play in the sense that some of them can be completed without switching out whatever class of weapon you like. Instead, some will encourage you to use different elemental weapons. Of course, other bounties will still encourage you to use other weapon classes, but it will no longer be the vast majority of the bounties available.

The Speaker’s items will no longer be purely aesthetic in nature as they will provide bonuses to your combat abilities. Your Ghost will also have abilities, though they are mostly for collecting planetary material and Glimmer purposes. To be fair though, some of the higher tier Ghost shells will also let you do things like gain Glimmer from killing certain enemies in the Crucible along with giving a small bonus to combat situations.

To make all loot matter though, armor in particular will have perks that can be switched around, not unlike how weapons currently work. For example, that new fancy Legendary chestpiece that you got can either reduce the damage you take from Solar explosions, or increase how efficient you are with a Solar class.

Quality of Life improvements, including currency and wallet changes

Unlike how shaders and emblems were given out before, once you get a shader or emblem, it will be unlocked for you to use anytime you want. Then it will be removed from the overall loot pool for you so that you have a higher chance of getting another shader or emblem that you want.

New characters will also receive a boost in their level via an item provided by the Postmaster once you buy The Taken King. The item will boost your level to level 25 immediately and grant you equipment appropriate to your level.

There will also be no limit to how many of the new Legendary Marks (which are accepted at all vendors and function as the universal currency for them) that you can obtain and spend within a given week. Unlike before, you can essentially play however long you like in a week and still obtain marks, though you can still only carry 200 at a time.

Once you collect an Exotic weapon or armor piece, you can go to the Hall of Guardians so that you can order a copy of whatever armor or weapon piece you collected (for a cost of course). This is tracked through your account, so your new character that just hit level 20 can get a copy of the Gjallarhorn that you found months ago without having to juggle it through the Vault. This also applies to Exotics acquired before Taken King, so that you don’t have to look for another version of it once Taken King comes out.

Exotics themselves are also receiving an overhaul. Exotics that you have now can be upgraded up to the new standard, and their signature perk will be unlocked immediately. They will also have new perks that provide bonuses for your character stats, so that armor piece that previously only served to let you revive teammates faster can also increase your Intellect.

Less of an asshole. You can buy Legendary Engrams from him that can offer a chance at Exotic items.

Sacrifice higher quality weapons, and you can boost lower quality weapons to a higher level. This lets you keep your weapon that you may like relevant, and serves to diversify how end game characters look like.

Doubled Vault space for both weapons and armor. ‘Nuff said.