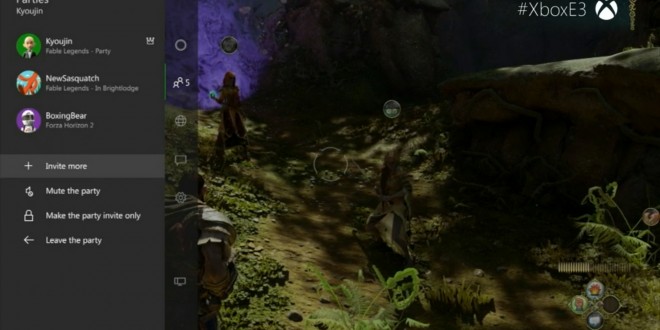 Mike Ybarra, Director of Program Management for Xbox, has released new details about the New Xbox One Experience that will be arriving later this year and how Xbox One Preview Members can get their hands on it. When it arrives, it will be the largest update that the Xbox One has received to date. It’s set to give the console a completely new feel. The New Xbox One Experience will be powered by Windows 10, basically this will allow the console to run up to 50% faster. But, there will also be a host of new features:

If you’re wanting to get your hands on all of this, Mike Ybarra says that the new Xbox One Experience will be arriving for all consumers in early November but no precise date was given. However, if you happen to be one of the lucky few in the Xbox Preview Program you may just be seeing these features in the next few weeks. Microsoft is going to be releasing this update in waves to those that have “opted in” for the update; if you’re a part of the Preview Program you do get to choose if you want it or not. If you’re in the program then you should receive an invitation in Xbox Live Messages, from the invitation you will be asked to launch the Xbox Preview Dashboard and you will have to select the registration option. You can opt-in by selecting “Preview – New Xbox One Experience. Not doing so will not remove you from the Preview program. The first wave of people to receive the update will be those that have historically shown to submit the most feedback. Once they have had a chance to critique the new features it will slowly be rolled out to other Preview members.

Hi I'm Daniel and I'm an aspiring writer, avid gamer, and wanna-be cook; I'm not quite certain in which order. I like all things RPG and if that means swords n' spells, all the better. But, provided it has a good story I'll probably want to try it regardless of what it is. I'm a Windows junkie, and I spend my time gaming on Xbox, PC, and my 2DS.
@@danielcooper179
Previous Fallout 4 Gets a Season Pass
Next Is Destiny’s update 2.0 the breath of fresh air that it needed?