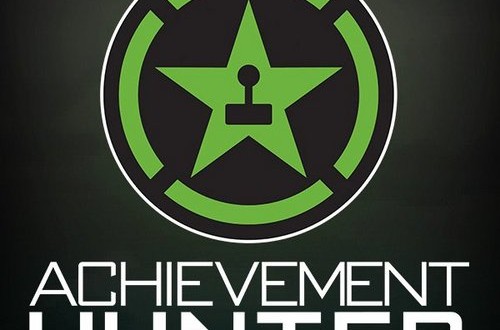 Let’s Play Live: The Documentary: The birth of a new era of stars and entertainment legends

Every story has to have a beginning, every character their origin story, every tale its shred of truth. With Achievement Hunter’s Let’s Play Live, the origin story of the next generation of movie stars and rock bands has been written, and it is only a matter of time before that story is spread. A decade ago, most people would have dismissed the idea of watching even one person play games. Even today, it is entirely possible that the concept is not one that the more traditional entertainment world cannot comprehend.

But as the Let’s Play Live: The Documentary shows, Achievement Hunter is the vanguard of a new wave of entertainment. They may not be, statistically speaking, the most popular or the first of its kind in the world of playing games for an audience or even the most well liked. But what they do have is one of the most dedicated fanbases to exist, enough so that an audience of 4,000 people came to see them play live when that audience could have very well saved the trip and watched them from behind a computer screen.

It is almost as if “…you are a member of this crew,” said James Willems of Funhaus in the Documentary. And that is the feeling that the Documentary captures best: that it’s not the same as watching someone like Brad Pitt on or off screen, where everything just happens to go perfectly or fail spectacularly in a way that few can relate to. You never really get to see Brad Pitt argue with others and then hug it out and apologize a short time later, just like you would do with your friends. You never really get to see someone like Tom Cruise put what might be their whole career on the line when a mic fails and they frantically try to see if it works again and again as if they were a kid in school whose project isn’t working like it’s supposed to.

Every step of the way, something could have failed and “…that’s bad for Achievement Hunter, but that’s really bad for me,” said Jack Patillo of Achievement Hunter in the Documentary. As much as it seems otherwise, Achievement Hunter is not invincible, and that’s what makes them easy to relate to and that’s what makes them unique among all the other entertainment options out there. It’s not just one person who you may or may not like, it’s a group of imperfect friends who play together, and it is likely that they will be the first (and perhaps the best and most successful) in a new era of entertainment.

@https://twitter.com/thefallenlords
Previous Legacy of the Void Gets an Official Release Date and Debuts Opening Cinematic
Next Kingdom Hearts II.8 Announced at TGS 2015