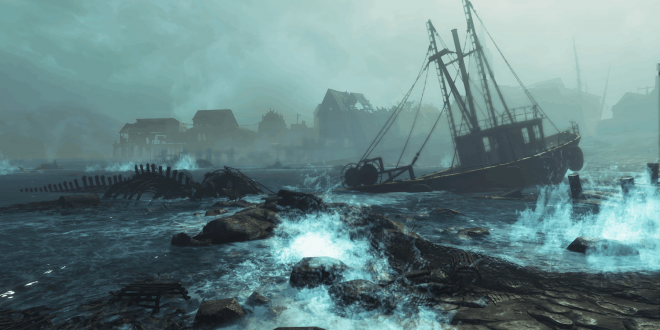 Following up on one of the largest game releases in recent history, Bethesda has just announced that Fallout 4 will receive a substantial amount of DLC content. Among other things, you will get to go to Maine (to exterminate some dirty synths, if that’s what you’re into), fight the Mechanist and his robots in the Commonwealth, and capture some of the Commonwealth’s most dangerous enemies for sport.

However, a question still remains: will it all live up to the (generally speaking) much lauded DLCs of previous Fallout games, and more importantly, our expectations?

What’s it going up against

With Fallout 3’s DLCs, you got three entirely new areas (Mothership Zeta, Point Lookout, and The Pitt), one somewhat linear mission pack of sorts (Operation Anchorage), and one story extension that took place in the same general area as the main game. All DLCs were priced at $10 each.

With the vast majority of Fallout: New Vegas’s DLCs, you’ve got four brand new areas and one minor DLC that is more or less just a weapon pack. All DLCs were $10, aside from Gun Runner’s Arsenal, which was $4.

Overall, the previous DLCs substantially increased the amount of content that was available in the Fallout games, generally providing at least three entirely new open world areas for each game.

By the numbers (or pricing)

If you were to individually purchase all of the DLCs that have been announced for Fallout 4 so far, you would spend $40.

The Automatron DLC, priced at $10, will likely be in the same vein as Broken Steel in that you won’t get an entirely new and unique area to explore, but you will get to explore more of the Commonwealth. Fortunately, there’s most likely going to be a somewhat lengthy questline, plus you get to make your own companion, so it should be more or less Fallout 4’s equivalent to Broken Steel in terms of content.

The Wasteland Workshop DLC, priced at $5, seems to be a step above the minimalist Gun Runner’s Arsenal DLC in that the new content will actually be noticeable. However, it might be somewhat lackluster in the sense that it relies on you actually having to pay attention to your settlements, which may not be for everyone. Plus, it probably wouldn’t add many quests, if any. You probably won’t miss anything if you skip this one.

At $25, the Far Harbor DLC is easily the priciest DLC to ever grace any Falloutgame. Allegedly, Far Harbor will feature “the largest landmass for an add-on that we’ve ever created, filled with new faction quests, settlements, lethal creatures and dungeons.” On one hand, new creatures, quests, and dungeons are more or less a given with most Fallout DLCs. Plus, the “largest landmass” is somewhat of a misleading term, seeing as how the previous DLC areas would be limited by the fact that they’re on last gen consoles. On the other hand, the fact that there’s going to be settlements in it means that, realistically, it would have to have a map that is somewhere around half the size of the base game’s map. Might want to wait and see, due to the price, but it might be promising.

A test of faith

As it stands now, the season pass will be more than worth it, considering how you only have to pay $30 for $40 of content. However, if you wait until after March 1, you might want to wait a bit longer to see what the unannounced DLC might be, seeing as how you will be paying $50 for $40 of content (that we know of).