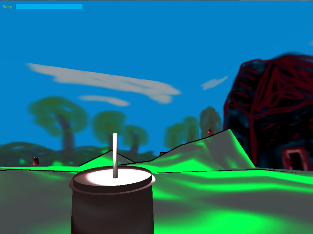 Soda Drinker PRO is the weirdest game I’ve played so far this year. In fact, when I saw it on Twitch, I wasn’t even sure that it was a game. But, after checking it out, I learned that yes, Soda Drinker PRO is indeed a real game, and it actually has more content than it seems. While the two games that come with Soda Drinker PRO are funny and sometimes entertaining, many players might find themselves feeling that it’s not worth the price of entry. However, that doesn’t mean that there’s no way to have fun with this title. It’s one of gaming’s best inside jokes, but not everyone is in on it.

First of all, we’ll talk about the “core” game of Soda Drinker PRO. There are over 100 levels in the game, and each consists of one main objective: drink a soda. Yup – just drink a virtual soda, and you’ll move on to the next level. You’ll drink a soda at the beach, in an office, and inside of somebody’s mouth. You have a lot of side objectives though – you’ll be rewarded for drinking a soda in under a minute, as well as taking longer than an hour to do so. You’ll also find yourself jumping over your friends, collecting bonus sodas (which you can actually buy and drink – it’s pretty good, actually), and even listening to wise old men. It’s absolutely ridiculous, and the game knows it – which is what makes it entertaining. It isn’t a game you’d want to play by yourself, but it’s perfect for playing with a group of friends or streaming on Twitch. Looking at it objectively, though, walking at an extremely slow pace through similar looking environments while holding down a button to drink a virtual soda can get boring after a short while. 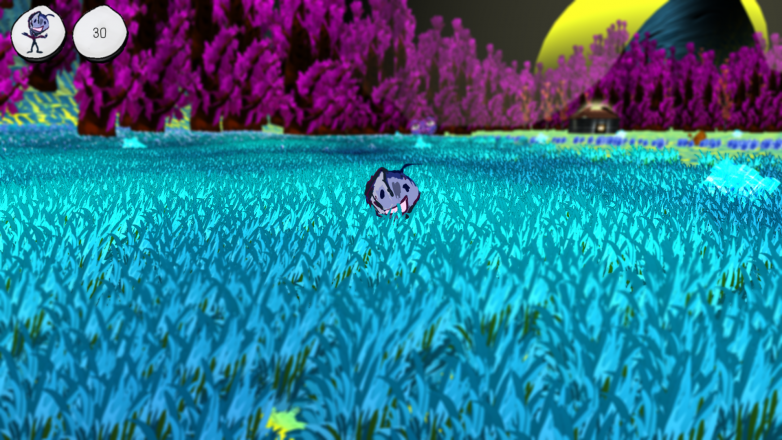 The other side of Soda Drinker PRO is a game called Vivian Clark. Honestly, this is the best part of the game. In the second level of the soda drinking simulator, there’s a house with a door – if you walk through it, you’ll unlock the game. In the game, you follow the adventures of a raindrop. Every time you die, you morph into another character with a completely different objective. You’ll play platformers, 3D adventures, flying games, first-person adventure games, and more. It’s a compilation of many different genres, and many of the games remind me of classic arcade games. For example, there are a few levels where you fly around and collect items in a colorful, trippy environment that reminds me of a less-detailed Fantasy Zone. If Soda Drinker PRO finds a home on your PC or console, you’ll probably spend most of your time in Vivian Clark – and though it does get a bit repetitive, it won’t be time wasted. Just like the core game, though, it has a lot of downfalls. You’ll find yourself playing the same levels multiple times, and the controls often get confusing. It’s a hard game to get a grasp on, and sometimes it’s hard to stay invested.

No, Soda Drinker PRO isn’t the best game of 2016. It doesn’t have groundbreaking graphics. It is, though, something unique. The issues, though, are the repetitive nature of the game and the price of entry. As a free game, I can imagine myself recommending Soda Drinker PRO to all of my friends – just to see their reactions to the drinking simulator and Vivian Clark. As it stands, though, Soda Drinker PRO will only appeal to a small amount of gamers. If you go into it with the right mindset, though, you’ll have a ridiculous and silly experience.

Soda Drinker PRO (along with Vivian Clark) provides a ridiculously trippy experience that's fun for a while, but it fails to keep the attention of its players. It's a fun joke, but not one that everyone is going to want to get in on.

I'm Aria! When I'm not doing other things, I'm either playing video games or writing about them. If you like games, anime, and random stuff, you can follow me on Twitter @Sage0fForest
@@Sage0fForest
Previous Moco Moco Friends Review – Plushie Pocket Monsters
Next Pebble Time Smartwatch Review – Bigger on the Inside