Breaking News
Home » OPINION PIECES » What’s in Fallout 4’s Far Harbor DLC and is it worth it? 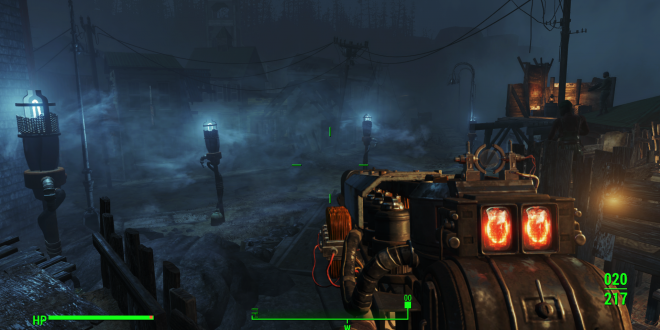 What’s in Fallout 4’s Far Harbor DLC and is it worth it?

At almost half the price of a full retail game, Fallout 4’s Far Harbor DLC is unquestionably one of the more expensive DLCs for any game in recent memory. Although it was advertised as the largest singular piece of DLC that Bethesda has done to date, it isn’t really much of a comparison when all of their previous games were on last gen consoles. However, given that this is the developer that pumped out incredibly well received expansions such as the Shivering Isles DLC for The Elder Scrolls IV: Oblivion and the Brigmore Witches DLC for Dishonored, it might be prudent to give Bethesda the benefit of the doubt when they say Far Harbor is their biggest DLC yet.

Places to be, things to shoot

Unlike the previous two DLCs for Fallout 4, Far Harbor takes place in an entirely new area off the coast of Maine. Compared to the Commonwealth, the island of Far Harbor is a marshy, swampy, foggy land that is almost constantly irradiated thanks to the actions of the Children of Atom. While the island isn’t as large as the Commonwealth (naturally), it would still take somewhere around say, 30 to 45 minutes to walk from one corner of Far Harbor to the other, assuming that you ignore everything else along the way.

With such a sizable landmass, it is only natural that you can build up your own settlements and housing (thankfully, you can set up supply lines between Far Harbor and the Commonwealth settlements), although this is obviously somewhat more difficult given Far Harbor’s comparatively rough terrain. That being said, due to the nature of Far Harbor and how there are only a handful of existing towns, it is highly recommended to play through the DLC at least once on a non-survival difficulty to get a sense of where all the beds are or how far away some of the locations may be.

Look at all these new people, it’s almost like they live here or something!

The premise of the Far Harbor DLC is that you are sent on a rescue mission on behalf of Nick Valentine’s detective agency. As you can probably expect, this means that bringing Nick along might be a good idea from a narrative standpoint, but there are plenty of new people to meet even if you don’t bring him (plus you get a new companion almost as soon as you get off the boat anyways). There are three towns of non-hostile people in Far Harbor that are at an uneasy truce of sorts when you first arrive: the runaway synths of Acadia, the Children of Atom, and Far Harbor itself. As you can expect, this means that there are plenty of unique people to talk to, and they all have their own set of several side quests.

No major expansion is complete without a lot of new weapons and armor pieces, and Far Harbor certainly has a wealth of both. You can choose from a handful of new rifles (which are effectively much better versions of the assault and hunting rifles in the base game), melee weapons, traps, several new armor sets and individual pieces (some of which can be modified with ballistic weave), and new legendary attributes to help you fight off the five or so new species of creatures that you will find on Far Harbor.

You will also find a number of new settlement building options and a few new perk tiers, but these are obviously of a less combat-centric nature. However, there are no new or otherwise noteworthy Power Armor sets or pieces included in the DLC.

Although Fallout 4’s Far Harbor DLC is expensive, it may be worth it simply because it adds a bit of everything to every aspect of the game. Want to play through a somewhat long story where three factions are trying to preserve their way of life? Want to explore a creepy area that is almost alien in comparison to the destroyed city of Boston? Just looking for a new place to build settlements? You’ve got all of that in equal measure in Far Harbor. Considering how the average length of a full price FPS campaign clocks in at a bit under 10 hours (in other words, roughly $6 per hour), you are certainly going to get your money’s worth if you are purely basing your purchase on the amount of time you spend, especially if you like wandering around and exploring.

@https://twitter.com/thefallenlords
Previous Pebble Time Smartwatch Review – Bigger on the Inside
Next Overwatch review: The newest way to hate your teammates!