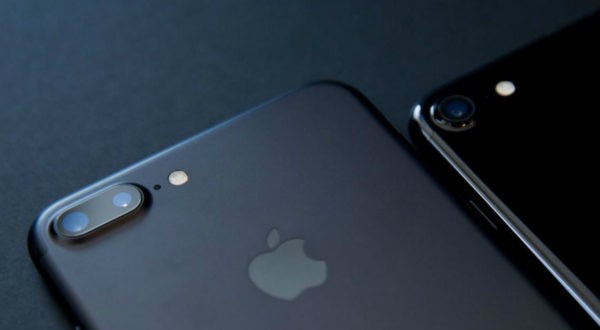 With the release of the new iPhone 7 it has taken a lot of people into shock in how they managed to improve from the last generation of Apple Phones. In this iPhone 7 review we will be covering all the positives and negatives the iPhone 7 brings to the table and then comparing it to the rival Samsung Galaxy Line.

The new A10 chip; This new chip manufactured by Apple gives the new iPhone a major speed upgrade compared to the old, last generation. This chips gives new possibility’s for further operating system upgrades. It also brings faster gaming and boot up times as well as a 25 % brighter screen. still while keeping the phone nice and cool.

The water capability; the iPhone 7 is now IP67 rated making it dust and water RESISTANT, not water proof. Apples warranty becomes void if the phone is damaged by water.

The new home button; The new home button is not essentially a button anymore, it is just one piece of glass. You should get used to this very quickly. it still has the quick fingerprint sensor that we all love!

The new camera; Within Apples announcement they praised the new camera’s and rightfully so. The plus version contains a dual 56mm telephoto lens. allowing amazing picture quality even at 2x zoom. Other then that its got a little higher resolution and is 12 mega pixels allowing higher quality photos.

The screen; The screen is only brighter this year as well as it having a 1334 x 750 display resolution giving a cool, crisp colours.

The available colours; There is a new JET BLACK iPhone which is loves scratches! Seriously, This colour loves to get scratched. Do not put your phone with your keys or just get a case!

There is also a bigger battery then last year.

R.I.P the headphone jack; There is no longer a headphone jack which sucks and there isn’t really any major reason for it going, expect we get a bigger battery. You can still have your headphones in but you need a adapter. It doesn’t make the phone that much waterproof because Samsung can do it (which will be more explained in my next point) I don’t understand why it has gone.

The ability to charge and have headphones plugged in is also gone! Unless you want a couple adaptors in your pocket or bag. This ruins the use for portable batteries on trains or planes because if you forget a adapter rather you gonna wait for your phone to charge or its just gonna run out. and if you try to charge it on the a short plane or train journey by the time you land your phone should be almost fully charged!

The Partial ability to hold your phone; The iPhone 7 is very slippery within your hands so be very careful.

From personal experience apple products have served me well its a decent daily driver and does what i need it to do. I feel like this iPhone is more aimed towards business people with the new colour and the removal of the headphone jack.

I own a Samsung Galaxy S7 Edge. This phone is more water proof, cheaper, and has even got a curved screen! as well as a headphone jack. These devices are aimed towards Tech enthusiasts as well as everyday people.

In conclusion i still feel like Samsung have the upper hand in the phone market but don’t do enough advertising to get people to go towards their phones.