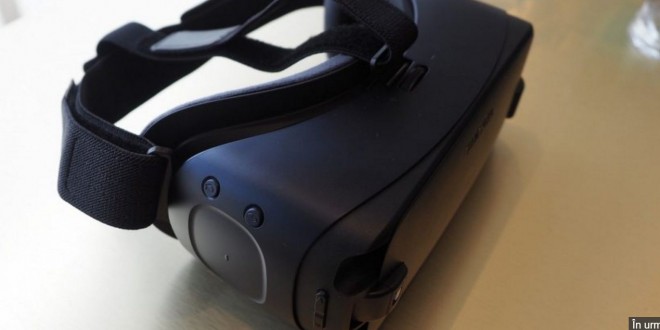 Yesterday Microsoft announced the controller support for Minecraft Gear VR Edition. This is only for the new Bluetooth Xbox one controller, Microsoft have stated that fans attending Minecon this year can get hands-on time with this tech, they have also said that they are trying to add support for future and older Gear VR games. This seems to be a follow up from the announcement last month for the support for the Lenovo’s IdeaCentre Y710 gaming PC as well as other gaming accessories. Samsung’s Gear VR is a phone VR device wear you put your phone within the headset and download a few apps and you can go exploring the world, game or even just chill in your very own movie theater  and watch your favourite online videos or streams all from the comfort of your living room. The Gear VR is powered by Oculus the same people who support most PC Virtual Reality Headsets.

Minecraft Gear VR edition is already available but this news just allows it to be played with a new bluetooth Xbox one controller. This will bring more interest in the hand held VR systems as well as more games for the current ones. There has also been rumours for a new Gear VR headset to be released as well. As I have been a owner of a Gear VR I feel like playability of games with the touchpad on the headset was a major flaw, and with the support for it to be used without having to go and buy a separate gamepad for it will definitely help boost the sales of the product and the capability of future games.