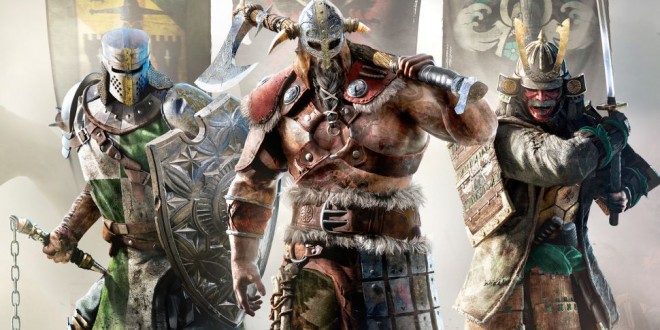 One of the most anticipated games in 2017 - For Honor

Developed by Ubisoft, For Honor is due to release by February of next year. The game captures what no other video game melee combat can; the detailing of the weapons, the type of attacks and the sound effects. The effects are crystal clear, the “clang” sound when two metals clash, the dodge when you move away from the attack, and the low, deep thud that soothes the ear when an axe strikes a human body to the ground.

Thriple threat battle of the best

The story moves around three factions and their clans fighting for the ultimate glory. You might wonder that the armors, the weapons and the outfits seem pretty familiar. Yes, they are familiar to us. The story writer decided to bring together three of the historic warrior races into one single world. The game allows you to choose between three factions; the knights, the samurais and the vikings who are known as legions, chosen and warborn according to the game. Each of the factions have four combating skills which vary between them. You can decide to choose and fight with any of them, but in the end it comes down to what you really want the most during a battle. The four combating skills are; Vanguard – to balance between attack and defense, the slow and resilient heavy, the all of attack of an assassin, and the adaptable techniques of the hybrid.

“We have a common enemy” 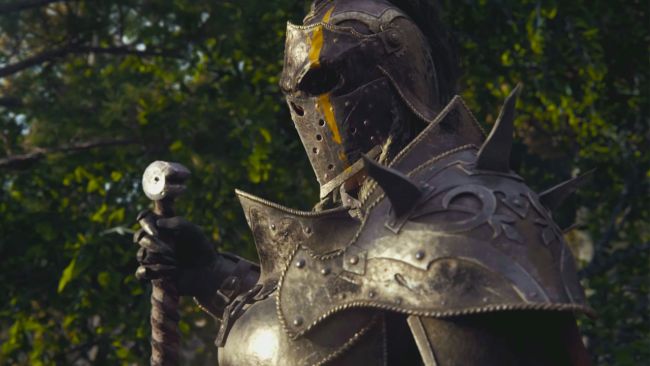 The trailer gives a clear hint to what is going to happen in the game towards the end. The struggle and bloodthirst between the three factions looks to be triggered by one Apollyon and her forces. They are manipulators who orchestrate the fight between the three factions for a thousand years without letting them have a word of peace. Her forces are called the blackstone legion. It seems, as the player from either of the three factions, we come across the blackstone legion forces from time to time across the story line. But we aren’t sure how the story would take us to the end of the game. This hint might also be misleading us, to expect a different story than what is going to be delivered.

Fighting style based on the chosen hero

The Knight, Samurai, and Viking roles come with these archetypes respectively: Vanguards (Warden, Kensei, Raider), Heavy (Conqueror, Shugoki, Warlord), Assassin (Peacekeeper, Orochi, Berserker), and Hybrid (Lawbringer, Nobushi, Valkyrie). So when you choose vanguards battle type, you can choose a sub-type from the three present within the brackets. Every hero in the game is given a distinctive look and have a distinctive style of fighting to make the game more realistic. They have got their own unique animations and combat techniques, which is pretty rare in melee combat games these days. So Ubisoft scored in this aspect. Feats of Strength are special abilities that builds up power that unlocks once you’ve leveled up, which is done by scoring kills, assists, and objectives. Manipulating your hero based on this aspect gives you a number of combat possibilities. You can abject the feats of strength in order to match your current motive or objective. This can range from going total berserk and aggressive to evading and being defensive.

So which faction and character will you choose?

The choice is yours and so is your honor!

A gamer, writer and imagineer. A 3x combo attack that gains viewrships and subscriptions, enabling us to level up together as a team
Previous Xbox One hardware sales see significant increase in the UK
Next The beloved Stardew Valley gets gigantic update today!