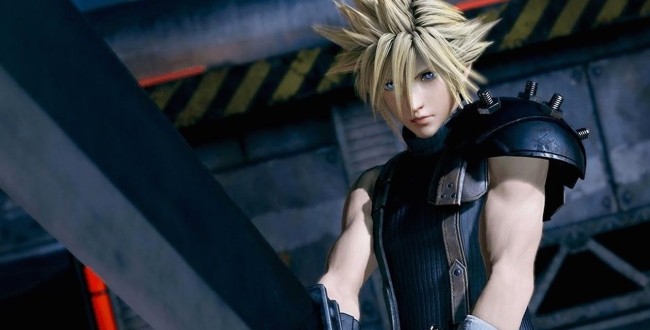 Final Fantasy 7 Remastered : What Can We Expect?

Will the Final Fantasy remake break loyal hearts or cater for a new generation?

At last year’s E3 convention, Sony announced to the world the remodeling of an immortal classic from square enix, Final Fantasy VII was to receive a reboot. Much to the euphoric, rapturous ovation of the onlookers there that day, ever since its press release the game has been the subject of much discussion and become a bit of a hot potato in the gaming community.

Loyal and devoted apostles of the franchise have raised concerns regarding the necessity to remold a game seen by many as flawless and untouchable? The remastered version will have to live up to the hype and expectation that comes with a blockbuster franchise, whilst delivering a fresh, and engaging experience for newcomers hoping to revisit a title from one of play-stations previous golden ages.

Here I am going to focus on the elements that make final fantasy 7 so momentous and historic, and attempt to uncover any potential issues square enix will face in its quest to satisfy the Final Fantasy 7 devotees.

One of Final Fantasy 7’s strongest components is the musical score. This helped envelope the gamer into a magical mythos, heighten those moments of dreamlike nostalgia and intensify dramatic action sequences with outstanding effect.

Fans will be distraught at the news that the long-serving composer to the franchise Nobuo Uematsu who concocted the music for Final Fantasy 7 is absent from the project. Often referred to as the “Beethoven of the gaming industry” Will this jeopardize the experience of the hardcore fan-base who have become accustomed to the dulcet mastery of Uematsu’s symphonies? Who knows.  But it is certainly a contentious issue for fans of the game.

Key Staff involved in the Original

What will be notable to Final Fantasy 7 enthusiasts is the fact that square enix have taken the liberty to recruit three original members of the staff team that helped develop the original.

The original director Yoshinori Kitase takes over as producer, whilst kazushiga Nojima returned to construct the script. Finally original character designer Tetsuya Nomura was reinstated to juggle the direction, and handling of character designs.

Having familiar faces assigned to the remake will surely reassure some of the doubters, and reaffirm the notion that square- enix will try to emulate the original, and not lose touch with its adored roots.

The decision was made by the square enix top cats involved in the project to release the game in multiple installments. The thought process behind this, was the idea that they do not wish to sacrifice any of the content belonging to its predecessor. This may be disappointing for those who are expecting a full, complete package.

If the game is to be released in the episodic format, questions about the cost and timing of the subsequent release of the episodes have recently emerged.

Will the content on offer suffer as a result of this structure? Or will each installment offer a unique and unforgettable experience in their own right? Only time will tell.

There is very little information available, regarding the exact alterations that square enix intends to employ to the combat system of the remake, and cards seem to be held incredibly tight to the chest. However According to the mastermind behind the operation Tetsuya Nomura the final fantasy 7 remake will feature “ Dramatic changes” in relation to the combat. At the same time Nomura reassured minds by stating “ We’re not going to be changing it into a shooter or something like that”. Nomura also appealed to fans suggesting that “ we want to make sure it’s still recognizable.

With rumors in circulation of a real-time combat system, will the strategic, beneficial elements of a turn-based locked in combat system be lost? And will it in turn be replaced with a free- roaming hack n slash formula with little challenge on offer?

Its seems that the clear combat specifics are still undisclosed at this stage, but early indications suggest that radical tweaks to the game-play mechanics are inevitable. Nomura also stated way back as far as June that altering the key facets of the game would be a bad idea stipulating “ we don’t want to interfere with what makes the original game so iconic”.
Here it seems he was referring to some of the more essential plot events, and memorable moments in the original which struck a chord with the gamer. However with so much uncertainty over the combat system, followers will be keen to get to the lowdown on precisely what the deal is.

With an intoxicating vacuum of hype and expectation surrounding the Final fantasy 7 Remake, and an eager fan base wearing rose tinted glasses, there will inevitably be some members of the gaming community who will be left unsatisfied, after all you can’t please everyone. Will the proposed “dramatic changes to game-play and it’s frustrating release mode hinder the success of this popular remake? And will the absence of a musical guru affect the experience in profound ways? We shall have to see. It looks like square enix has decided to leave the most dramatic events and emotional plot sequences intact, whilst improving the game-play to keep up with modernity.

In my opinion, If the final fantasy 7 remake successfully manages to encapsulate the enchanting mythos and iconic characters, fused with a mind-blowing musical score and all consuming atmosphere that the original is renowned for, then it will undoubtedly capture the hearts of gaming newcomers and self confessed “cloudites” the world over.