First footage of Tails and Knuckles in Sonic Mania!

Sonic Mania became my most expected game of 2017 since I saw the first trailer, developed by the mighty Taxman (Christian Whitehead) and PagodaWest Games, every little detail about Sonic Mania makes it seem like a perfect encapsulation of Sonic’s 2D legacy inside of one single package. Details about the latest sonic game have been occasionally popping up, and (thanks to Kinda Funny Games) we now have almost half an hour showing new footage from the game, which includes a new zone called Mirage Saloon Zone, easter eggs like some posters of old sonic characters, and most importantly, first footage of Tails and Knuckles inside of Sonic Mania.

Zones showed were the already revealed newcomer Studiopolis Zone, as well as the first showing of Mirage Saloon Zone, a desert level that has been confirmed by the Taxman himself to be a recreation of the cancelled Sonic 2 zone Dust Hill Zone, which is an amazing nod to the Sonic community and it shows the love and dedication the team has for Sonic Mania. Mirage Saloon has all new badnicks, creative setpieces like giant piano keys, and a giant gun.

Tails and Knuckles have all of their abilities from Sonic 3 and Knuckles, but with updated sprites that make them look straight out of a 32X game, especially Knuckles, who´s sprite is quite similar to the one used on the 32X underrated gem Knuckles Chaotix. The mechanics and physics still look on point when it comes to classic Sonic action, and its refreshing to see open level design again.

Sonic Mania is aiming for a release during Q2 2017, and I haven’t been more excited for a Sonic game since the release of the excellent Sonic Generations back in 2011. The return of Classic Sonic with all of the old aesthetics makes it a very interesting product.

Born in Peru, a student of Communications, and a dedicated xbox fan, Sebastian has loved videogames since he was 5 years old and he's determined to show the world that they can be art.
@@NetworkFork
Previous Overwatch Competitive Changing For Season 3!
Next Dragon Quest is looking into having more western releases 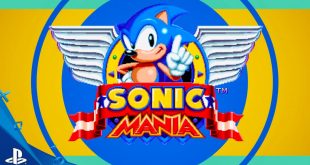 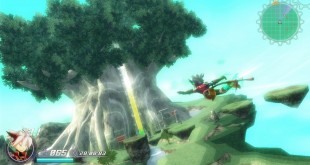 A Sinking Ship: the Rise and Fall of SEGA

SEGA was founded in 1940; in Honolulu, Hawaii. Originally calling themselves “Service Games,” the company ...