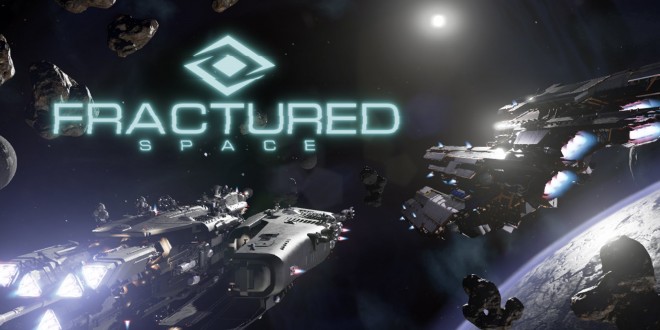 I’ve already talked a good deal about All Hallow’s Eve. Pokemon Go is putting their Halloween update into motion, and they’re not the only one. Fractured Space, developed by Edge Case Games, is joining the throng of games who are celebrating the coming of the witching hour. For their 1.5 update, they are bringing the spirit of the holiday to the outer reaches of space. That, combined with the game reaching a milestone of one million players. It is a time of celebration for Fractured Space and its developers.

Fractured Space is a free-to-play game with a multiplayer focus, set in the outer reaches of space. Matches are five versus five affairs, with a heavy MOBA influence. Players battle for control of lanes and attempt to destroy the bases of their enemies. The ships are designed to be “different but equal”, avoiding ships that are objectively superior to other ships. As of now, a limited time crew member can be found wandering the halls of your warship. Ridley J. Fincher, a poor repair specialist who can no longer be considered to be one of the living. What is more, until November 3, a special moon designed for the holiday will be present on the main map.

The 1.5 update contains quite a bit of new Fractured Space content that is not related to Halloween. A new ship, the Zarek Centurion, has been added, with a heavy emphasis on support and area of denial attacks. A new game mode, Frontline, has been added as well, one that simplifies the game down to a one lane affair. In this game mode, combat lasts a frantic ten minutes before going into sudden death. After that, games end very quickly and brutally. To cap it all off, the 1.5 update brings many balances and fixes to the game.