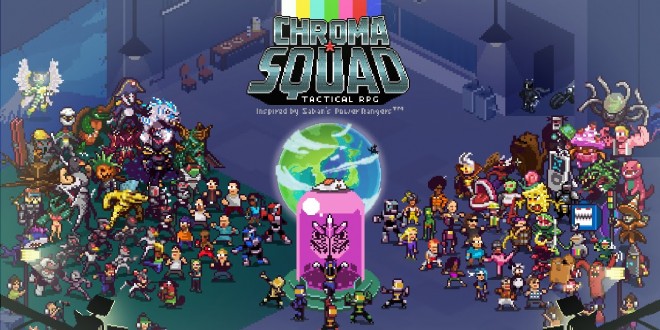 Humble Bundle has been an excellent, economical way of getting fun games for a very small price while helping charity at the same time. Ever since its first appearance in 2010 hundreds of games have been available, from Saints Row to Thomas was Alone, from Metro 2033 to Thief. And until the first days of October, there is not only one, but TWO great humble bundles have popped up. First one’s called the Humble Gems Bundle that will last until November 7th, and the Humble Day of the Devs 2016 Bundle that lasts until November 5th, and yes, both are great.

The Humble Gems bundle offers underrated gems that you should definitely played, for at least $1 you get both a tactical RPG inspired by Power Rangers called Chroma Squad and a castlevania inspired platformer called Odallus: The Dark Call (both developed in Brazil!), alongside them comes Technobabylon, a british developed adventure game reminiscent of the old PC games from the nineties. Paying $12 gets you a total of seven games, that include the great twin stick shooter Assault Android Cactus and the physics platformer Unbox. All of those games deserve so much attention, especially Odallus, .

The Humble Day of the Devs bundles offers some of the best point and click games out there, with the $1 minimum you get the brutal action game Titan Souls, the Double Fine developed Broken Age, and the indie puzzle game Lumino City. But if you pay above the average you get the really interesting content, like the critically acclaimed Grim Fandango Remastered or the recently released mystery game Oxenfree. Think about how much you can get by paying $1 on each bundle, months of content and interesting stories, I didn’t really pay attention to Humble Bundle until this year, but I regret not doing it earlier.

Born in Peru, a student of Communications, and a dedicated xbox fan, Sebastian has loved videogames since he was 5 years old and he's determined to show the world that they can be art.
@@NetworkFork
Previous Shadow Warrior 2 Collector’s Edition
Next Mythic Battles: Pantheon on Kickstarter