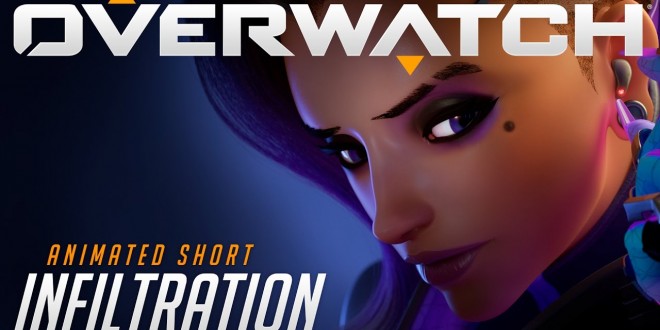 Blizzard’s famous convention Blizzcon started today and with it came some of the most anticipated news in a while, after hours upon hours of waiting, solving and crying, Blizzard have finally revealed Sombra. Since the game launched in May, people have been speculating over who Sombra is from seeing small snippets of information in-game, when Ana was on the verge of releasing in July, many people thought that Sombra was going to be released, instead the ARG began and so did the three month long wait, but there is no need to speculate anymore, she is finally here.

During Blizzcon today, a new animated short was shown and a whole new world opened up, the video showed Talon on a mother mission only this time they were accompanied by Sombra, the rest I will leave for you to watch, trust me, it is brilliant. Sombra is an offence hero with a plethora of interesting abilities in Overwatch, lets take a look:

Sombra can hack a single enemy to silence them and stop them from using their abilities, additionally, Sombra can hack first aid kits to render them useless to her enemies.

Sombra becomes invisible for a short while, boosting her speed considerably but attacking, using abilities to taking damage will disable it.

Sombra throws a translocator beacon and is able to teleport to it, even while it is in flight.

Sombra discharges electromagnetic energy in a wide radius, destroying all enemy shields and barriers and silencing all enemy heroes caught within the blast.

She sounds like she is going to be fun to play yet all will feel pure hatred when playing against her, she will be hitting the PTR servers next week. Also coming to the PTR servers will be the new game mode, Arcade, showed off today by Mike Morhaime, Arcade has a one-vs-one and a three-vs-three mode and will bring the arrival of the new map Ecopoint Antartica, which will be tied to Mei’s backstory.

A lot is on the way to Overwatch so get prepared for it, check out the animated short below and if you want to learn more about Sombra’s abilities, click here.

I am a gamer, I am also a writer and by now you can probably tell where I am going with this, that's right you guessed it, my favourite thing is eating.
@https://twitter.com/CharlesJRafter
Previous Nidhogg 2 Announced for PS4
Next Mean Streets of Gadgetzan Announced