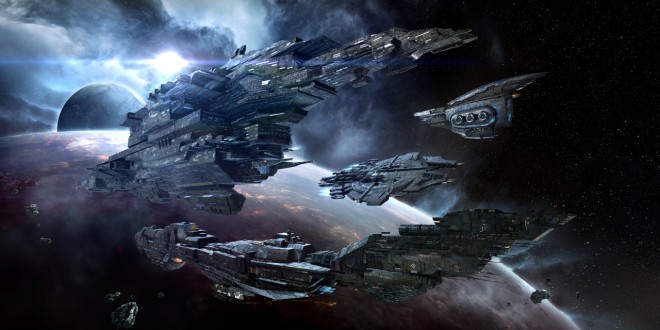 I have always admired EVE Online from afar, but have never gotten around to trying it. There were two main reasons for that, both of which are rather obvious. The price and the brutality of it. Anything goes in EVE, and that means any non-allied ship is a target. New players are essentially target practice in a complicated game with a notoriously steep learning curve. The other thing was the subscription fee, which is rather self explanatory. It’s just not easy to dedicate yourself to something when monthly fees are a factor. Thankfully, that is no longer an issue. Thanks to EVE Online: Ascension, the game is now free to play for all.

With EVE Online: Ascension there are now two ways to play EVE. Omega clone status, or subscribed players, for which the game will remain unchanged, and Alpha clone status, or free players. Free players will not have access to all of the content paid players do. Some skills will be locked off to them, and they cannot use ships heavier than cruisers. Though free players will still be able to access the bulk of the game. Trading, industry and exploration will still, for the most part, be available for them.

EVE Online: Ascension does not just stop with the new free to play option. A massive swathe of content has been added to the game as well. Changes have been made to the UI and voice acting has been introduced in order to pull players into the world that EVE is helping to create. New ships and items are being added, with some balance patches to go with them. Even the presentation of the game is being updated, with new explosion and wreck animations for destroyed ships. All in all, EVE Online: Ascension is bringing a lot to the table, particularly for gamers with tight wallets. Maybe I’ll finally take the plunge into that wild, untamed galaxy.