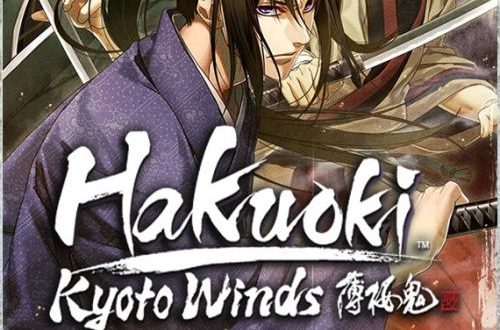 The most popular otome series, Hakuoki, is back in spring 2017; Aksys has announced that it will again be responsible for bringing the title over to the US. The new title, albeit a remake of the original Hakuoki game, will also feature new characters, love interests, and episodes. For avid otome gamer’s, the new title Hakuoki: Kyoto Winds will allow them to immerse themselves in stories of the prominent characters from the series including Toshizo Hijikata, Souji Okita, Sanosuke Harada, Heisuke Todo, and Hajime Saito. For Hakuoki fans and gamer’s familiar with the first Hakuoki title available on the psp and later on the iOS, it will allow them to enjoy new routes with some other characters, not available in the previous game.  These characters will include Shinpachi, Yamazaki, and Sanan; Kazama, another romantic interest from the previous title, route will also be longer. The new love interests will consist of Souma Kazue, Iba Hachirou, and Sakamoto Ryouma. For those new to the series, Hakuoki revolves around the protagonist Chizura Yukimura, a young woman who goes to Kyoto in search of her father who has gone missing. A group of rogue samurai attack her in order to steal her short sword, but a savage and barbaric group of men dressed in blue and white jackets stop them by viciously butchering them.

A member of the Shinsengumi cuts down the crazed men before they can harm Chizura, however due the fact that Chizura witnesses the bloodthirsty men in blue the Shinsengumi vice-commander Toshizo Hijikata takes her into custody. The Shinsengumi soon learn of Chizura’s parentage and promise her that in exchange for her silence they will protect her, and aid her in locating her father Koko Yukimura. Kodo Yukimura is a doctor responsible for creating the Water of Life – an elixir originally from the west – that transforms those who drink it into superior fighters with incredible healing abilities and an insatiable lust for blood. As she spends time with the Shinsengumi she becomes romantically involved with one of them.

Overall, the new game will feature over 80 hours of game-play with over 30 different endings. Hakuoki: Kyoto Winds will once again transport gamer’s to the historic yet romantic Bakumatsu period in Kyoto where war wages and love blossoms.