Games released before 1987 don’t seem to stand up very well to the test of time: the original The Legend of Zelda is an archaic experience that is unplayable without a guide; the original Super Mario Bros now doesn’t control as well as it did decades before; and the original Metroid is a chore to play through thanks to many poor design decisions. Between all of those archaic classics one stands out as a beacon of quality and satisfying gameplay, and that is the original Castlevania, an action platforming title developed and released by Konami on September 26th, 1986. How can Castlevania hold up after three decades since its release? It’s all thanks to three factors: simplicity, variety, and satisfaction.

Unlike confusing titles like The Legend of Zelda and Metroid, Castelvania had a pretty simple objective and way to achieve it, all that the player had to do was move to the right until it reached the boss, where an epic fight would ensue, and if the player had enough skill then he would defeat the boss and proceed to the next level, repeat until reaching Dracula. The main character Simon Belmont had a pretty simple control scheme and abilities, his whip goes on a horizontal line, his jump is clunky, his speed was always the same, the lack of features in that sense made most of the game a training montage in which the player learned to master the whip, the jump and the movement of everyone”s favorite vampire killer. Levels are designed with simplicity in mind, so It’s  a matter of learning when to act and to think before making a move, which makes Castlevania an intense experience inmediately after the game starts to pick up speed.

The Variety comes from the options Simon has when regarding subweapons, with the exception of the dagger, each subweapon has a reason to be used: the clock is an excellent way to keep your health up before reaching a boss, the axe has a verticality that Simon’s whip usually lacks, the cross does an excellent job as a projectile that covers most of the screen, and the holy water paralyzes and damages all kinds of enemies, even some bosses. Each playthrough feels different because the usage of the subweapons varies between each level and attempt to beat said level.

Finally. and most importantly, Castlevania is a fun and satisfying game, it doesn’t rely on cheap shots and bad enemy placement, every hit the player takes is a result of their own mistakes and death by knockback is the result of not paying attention to the surroundings. Every death helps the player learn more about the level and the enemies he’s facing, so every attempt makes the player feel familiar with level, beating a level doesn’t come out of luck, it comes out of staying focused and learning the enemy’s weak points. And when the boss falls and the end level melody plays, the player feels the sweet feeling of satisfaction.

Castlevania has turned thirty this year, and the fact that its still an enjoyable experience shows that, a long time ago, Konami actually did excellent things.

Born in Peru, a student of Communications, and a dedicated xbox fan, Sebastian has loved videogames since he was 5 years old and he's determined to show the world that they can be art.
@@NetworkFork
Previous Zelda: Breath Of The Wild to release first on Nintendo Switch
Next Less appears to be more according to FLML 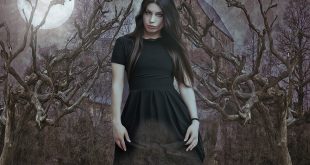 Some of the Bloodthirstiest Vampire Games of All Time